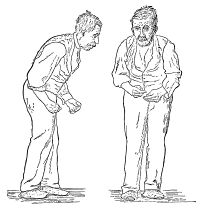 Parkinson's disease (PD) is a neurodegenerative disorder (specifically a synucleinopathy). PD mostly presents in later life with generalized slowing of movements (bradykinesia) and at least one other symptom of resting tremor or rigidity. Other associated features are a loss of smell, sleep dysfunction, mood disorders, excess salivation, constipation, and excessive periodic limb movements in sleep (REM behavior disorder)[1]. It is the seconds most common neuro-degenerative condition in the world after Alzheimer's.

Parkinson disease is by far the most common cause of the parkinsonian syndrome, accounting for approximately 80% of cases, the remainder being due to other neurodegenerative diseases eg Lewy body dementia.[2] 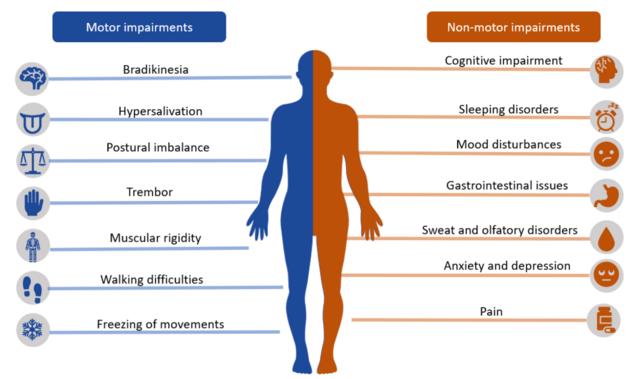 Over the past century, our understanding of the etiology of PD has evolved immensely. PD is a disorder of the basal ganglia, which is composed of many other nuclei. The dopaminergic tract is predominantly affected in PD and it is characterised by neuronal loss of dopaminergic neurons in the substantia nigra pars compacta[4]. Dopamine is a natural substance found in the brain that plays a major role in our brains and bodies by messaging and therefore communicating across various systems.
The cause of PD has been linked to the

Parkinson disease is by far the most common cause of the parkinsonian syndrome, accounting for approximately 80% of cases (the remainder being due to other neurodegenerative diseases, such as Lewy body dementia) and is one of the most common nervous system disorders of the aging population.

PD usually occurs after the age of 50 affecting 1 to 2 people per 1000 at any time. An estimated seven to 10 million people worldwide are living with Parkinson's.[5] The prevalence increases with age to affect 1% of the population above 60 years. Genetics play a part in 5% to 10% of patients. It is more common in men than women, with incidence and prevalence rising with age[1].

Some non-motor aspects (sleep problems, low mood, constipation, and loss of sense of smell) occur several years prior to observable motor symptoms develop. Physiotherapists are most often involved in the mid-stages of the condition, once balance and mobility become affected, but it can be helpful if they can assess and advise people soon after diagnosis in order to maintain activity and prevent problems.
Besides physicians, nurses, pharmacists, social workers, and physical therapists play a vital role in the daily management of these patients. Parkinson’s creates complexities for health and social staff helping individuals and those affected by it (carers, family members, friends). Managing these complex issues is a challenge due to the varied combinations of a motor (movement) and non-motor symptoms presented throughout the course of the condition. 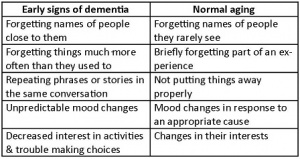