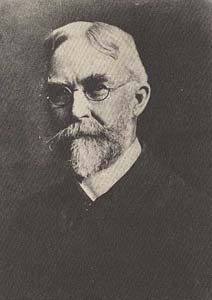 Huntington disease (HD) is an incurable, adult-onset, progressive neurodegenerative disorder which presents with involuntary movements, dementia, and behavioral changes[1]. HD is named after George Huntington, the physician who described it as hereditary chorea in 1872[2].

The most obvious neuropathology in HD occurs within the neostriatum (part of the Basal Ganglia), comprising gross atrophy of the caudate nucleus and putamen, accompanied by selective neuronal loss and astrogliosis (an abnormal increase in the number of astrocytes)[2]. Marked neuronal loss also is seen in deep layers of the cerebral cortex. Other regions, including the globus pallidus, thalamus, subthalamic nucleus, substantia nigra, and cerebellum, show varying degrees of atrophy depending on the stage of the disease.

In HD there is an excessive sequence of CAG repeats in part of the HTT ("Huntingtin") gene, which is located on the short arm of chromosome 4[3]. Healthy individuals have between 9 and 35 CAG repeats, while patients diagnosed with HD, as well as carriers, have an abnormal expansion accommodating 36 or more CAG repeats.[3] The HTT gene, or HD gene, codes for a protein called huntingtin. This protein is found in neurons throughout the brain; its normal function is unknown. In affected patients, neuronal degeneration initiates in the striatum and progresses to the cerebral cortex, following a pattern that correlates to clinical progression of HD[3].

The Human Genome Project first identified the mutation in the HTT gene as the cause of HD in 1993.

The mutation is a dominant gene, so if a parent has HD then the children have a 50-50 risk of inheriting it.

The clinical manifestations of HD usually present between the ages of 35 and 45 years, but can begin at any age from childhood to old age.The clinical features of Huntington disease (HD) include a movement disorder, a cognitive disorder, and a behavioral disorder[2] .

Patients may present with one or all disorders in varying degrees. Early stages of HD are characterized by deficits in short term memory, followed by motor dysfunction and a variety of cognitive changes in the intermediate stages of dementia.[4]

Chorea (derived from the Greek word meaning to dance) is the most common movement disorder seen in HD.

Initially, mild chorea may cause the patient to appear restless, as if they are fidgeting. This progresses, and severe chorea may appear as uncontrollable writhing and flailing of the extremities, which interferes with function. As the disease progresses, chorea coexists with ,and gradually is replaced by ataxia, dystonia and parkinsonian features, such as bradykinesia, rigidity, and postural instability.

In advanced disease, patients develop an akinetic-rigid syndrome, with minimal or no chorea. Other late features are spasticity, clonus, and extensor plantar responses.

The clinical manifestations of HD usually present between the ages of 35 and 45 years, but can begin at any age from childhood to old age. Dysarthria and dysphagia are common. Abnormal eye movements may be seen early in the disease. Other movement disorders, such as tics and myoclonus, may be seen in patients with HD.

Cognitive decline is characteristic of HD, but the rate of progression among individual patients can vary considerably. Dementia and the psychiatric features of HD are frequently the earliest symptoms[5].

Depression is the most common mood effect[4], with a small percentage of patients experiencing episodic bouts of mania characteristic of bipolar disorder. Patients with HD also can develop psychosis, hallucinations, delusions, or schizophrenia-like symptoms, obsessive-compulsive symptoms, sexual and sleep disorders, as well as changes in personality.

Measurement of the bicaudate diameter (ie, the distance between the heads of the 2 caudate nuclei) by CT scan or MRI is considered to be a reliable marker of HD[6].
Genetic testing (reported as the CAG repeat number for each allele) is now widly available. Genetic testing may not be necessary in a patient with a typical clinical picture and a genetically proven family history of HD.

There is no therapy or medication currently available which will delay the onset of symptoms or prevent (or even retard) the progression of HD.

Control of symptoms with medication is invariably required during the middle and late stages of the disease.

TUG  Timed up and go test

HDSA The HD Society of America