Bipolar disorder, once known as manic depression, is a mood disorder experienced by between 1% and 6% of the population. It’s generally a lifelong condition, characterised by swings in mood: from highs that can tip into mania, to lows that can plunge into depression.

Historically, these moods have been the concern of psychiatrists and have therefore been framed in medical terms. Everyone experiences variations in mood, but for people with bipolar disorder these variations are extreme, and require psychiatric and psychological assistance.[1]

This one minute video is about Bipolar Disorder

Like most psychiatric disorders, the causes of bipolar disorder are complex and multifactorial. Not surprisingly, there is strong familial transmission of the disorder, as the child is exposed to both genetic and environmental risk factors.

There is also a strong developmental trajectory in bipolar disorder, with early episodes of depression typically occurring in adolescence, followed by a defining manic episode in early adulthood.[1] 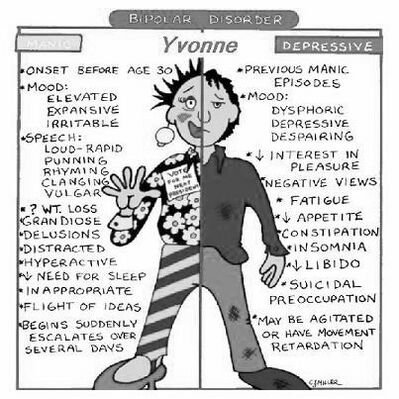 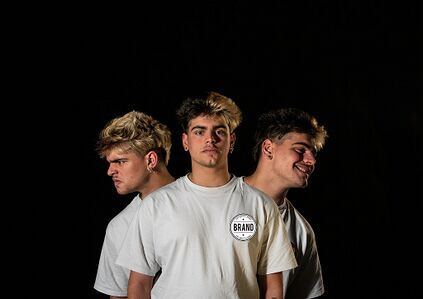 Note - patients can present in a mixed state which includes features from both 'poles' of BD.

Co-morbidities range from mental health disease all the way to physical system disorders[5].

1.35% of people with bipolar disorder are obese. This is the highest percentage for any psychiatric illness[3].

2. People with bipolar disorder are 3 times more likely to develop diabetes than are members of the general population[3].

3. People with bipolar disorder are 1.5 - 2 times more likely to die from conditions such as heart disease, diabetes and stroke[3].

Medication assists to stabilise moods, and is the first-line treatment for acute episodes and to prevent relapses. But it’s now known that best practice treatment for bipolar disorder involves a combination of medication and psychotherapy.

There are no diagnostic tests, imaging studies or lab values that are able to accurately diagnose bipolar disorder. The correct diagnosis of bipolar affective disorder is facilitated, to a large degree, by a general clinical psychiatric assessment with the patient and their relatives, to recognize the longitudinal course of the disorder.[4]

Bipolar disorder may present with similar symptoms of other disorders such as: