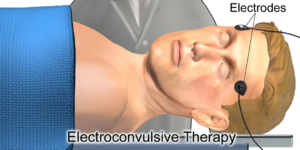 Electroconvulsive Therapy (ECT) is a form of brain stimulation performed under general anesthesia in which electrical currents are passed through the brain, intentionally triggering a brief seizure.

The indications for treatment with ECT are numerous, including for severe depression and treatment-resistant depression, bipolar mania/depression, schizophrenia, catatonia and suicidal patients who are unable to wait for antidepressants to take effect[1]. Informed consent is a vital and essential part of the procedure[2]

Convulsive therapy was introduced in the 1930's and used extensively and indiscriminately in the first three decades of it discovery. In movies and media, it is often depicted as an horrific treatment, both frightening and threatening, which has created a stigma. For many years, ECT was not as highly regulated as it is today, with it now being a much more comfortable procedure. One benefit of ECT is speed, in that it can work more quickly than medication[2].

Despite decades of research, the exact mechanism of action of ECT remains elusive.

In 2020 a new hypothesis proposed that the antidepressant effect is caused by a change in sleep architecture, triggered by the events induced by ECT. This change in the basic pattern of normal sleep (a profound change in the neurophysiological and neurochemical state of the organism) is what causes the therapeutic effects of ECT and not any simple change in the release of neurotransmitters, neurotrophic factors and/or hormones.[3] 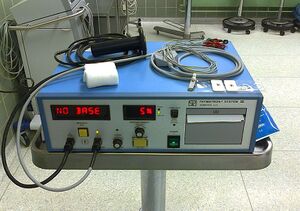 ECT is commonly performed in a dedicated suite, a post-anesthesia care unit, or an ambulatory surgery site, most frequently on an outpatient basis. ECT delivers an electrical stimulus, which induces an action potential in the neurones in the brain. The ECT stimulus is either a brief pulse (0.5 to 2.0 milliseconds) or ultra-brief pulse (less than 0.5 milliseconds) waveform. While the brief pulse is considered standard, the ultra-brief is considered more tolerable.

During a course of ECT treatment, the seizure threshold commonly increases as the patient develops tolerance. Although most therapeutic ECT seizures last from 15 to 70 seconds, EEG recording lasts about 25 percent longer than the motor seizure. Seizures lasting less than 15 seconds may not be clinically effective, while prolonged seizures may cause cognitive impairment[4]. 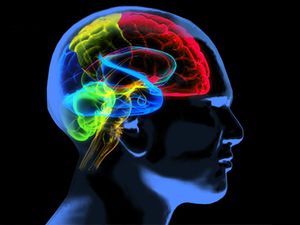 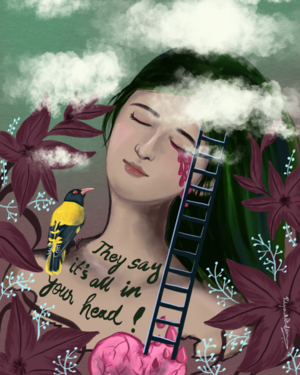 The benefits of ECT are seen after several sessions and the results are lasting. Education provided to the patient and family is vital, as the procedure has been associated with many false and illogical beliefs. The antidepressant effect is seen relatively quickly and may last up to a few years. Overall, the mortality rate is very low with ECT administered in a controlled setting, but it continues to cause mild memory loss in the long term[4].

Physiotherapists need be aware of

For these reasons a falls risk assessment and falls prevention program should be considered.[6]

Today ECT is now frequently used to treat a variety of mental health disorders besides depression. The procedure is relatively safe, and does work. However, the delivery of ECT requires an interprofessional team that includes a nurse, anesthesiologist, psychiatrist and a neurologist.