Anatomy of the Human Heart 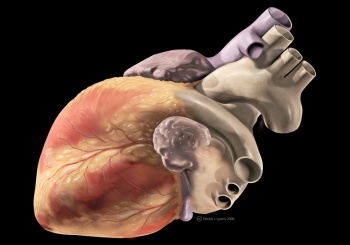 It is important to note that, the blood pumped by the heart also circulates many other important substances[1][4] such as: 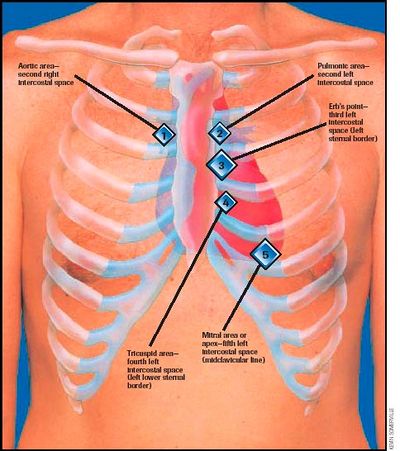 Location of the Heart

The heart is roughly in a plane that runs from the right shoulder to the left nipple.

Layers of the Heart Walls

The heart wall consists of three layers enclosed in the pericardium[1][4][6]: 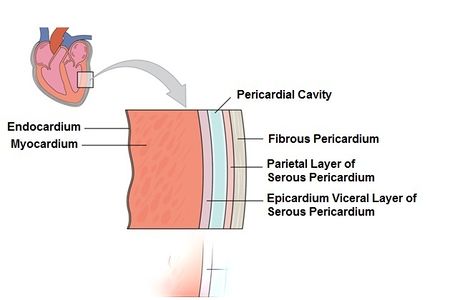 2. Myocardium - the muscular middle layer of the wall of the heart and has excitable tissue and the conducting system. It is composed of three discernable layers of muscle that are seen predominantly in the left ventricle and inter-ventricular septum alone. It includes:

The rest of the heart is composed mainly of the subepicardial and subendocardial layers.

3. Endocardium - the innermost layer of the heart is formed of the endothelium and subendothelial connective tissue

Chambers of the Heart

The heart functionally consists of two pumps separated by a partition. 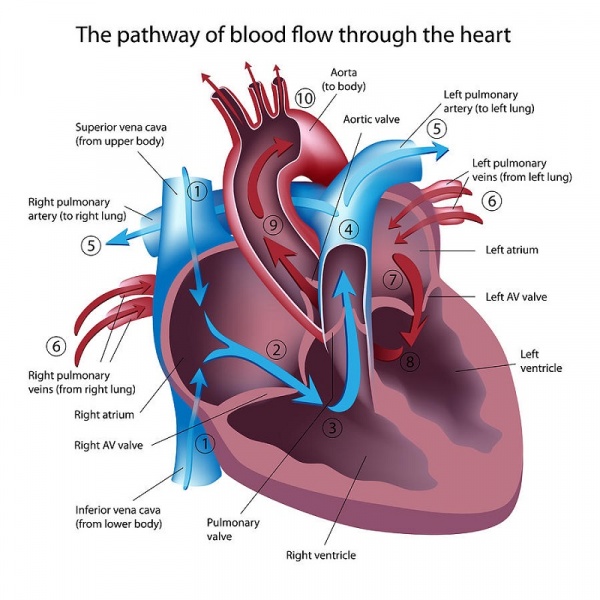 The interior of the right atrium has three anatomically distinct regions.

1. Posterior part - is a smooth-walled and is termed sinus venarum.;

2. Anterior part - which is lined by horizontal, parallel ridges of muscle bundles that resemble the teeth of a comb, hence the name pectinate muscle (pectin = "a comb,")

3. Atrial septum - receives both the superior and inferior venae cavae and the coronary sinus. It also contains the fossa ovalis, the sinoatrial node and the atrioventricular node.

It pumps blood to the lungs through the pulmonary trunk and arteries.

It comprised of an

The heart has the Four valves. 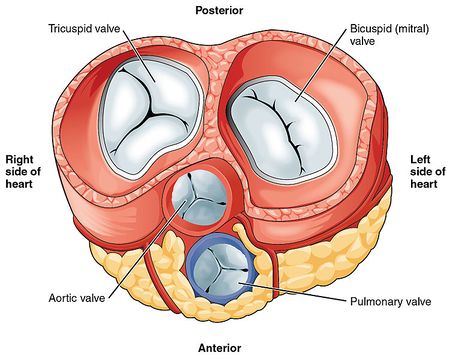 Tricuspid Valve - The right atrioventricular opening is closed during ventricular contraction by the tricuspid valve (right atrioventricular valve) thus prevents the backflow of blood as it is pumped from the right atrium to the right ventricle. It’s named tricuspid valve because it made up of three cusps or leaflets.  The naming of the three cusps, the anterior, septal, and posterior cusps, is based on their position in relation to the right ventricle.

Aortic Valve - The opening from the left ventricle into the aorta is closed by the aortic valve thus prevents the backflow of blood as it is pumped from the left ventricle to the aorta. It consists of three semilunar cusps with the free edge of each projecting upward into the lumen of the ascending aorta. Between the semilunar cusps and the wall of the ascending aorta are pocket-like sinuses-the right, left, and posterior aortic sinuses. The right and left coronary arteries emanates from the right and left aortic sinuses; Thus, the posterior aortic sinus and cusp are sometimes called noncoronary sinus and cusp.

Mitral Valve - The left atrioventricular orifice opens into the posterior right side of the superior part of the left ventricle. It is closed during ventricular contraction by the mitral valve (left atrioventricular valve), which is also referred to as the bicuspid valve as it has two cusps; the anterior and posterior cusps.  It prevents the backflow of blood as it is pumped from the left atrium to the left ventricle and are continuous with each other at the commissures.[6][5]

Arterial Blood Supply to the Heart

Venous Drainage of the Heart

Lymphatic Drainage of the Heart

The lymphatic vessels drain mainly into:

The nerve supply to the heart is from two sets of nerves originating in the medulla of the brain.

The nerves are part of the involuntary (autonomic) nervous system.

Parasympathetic  preganglionic fibers reach the heart as cardiac branches from the right and left vagus nerves. Stimulation of the parasympathetic system decreases heart rate, reduces force of contraction and constricts the coronary arteries.

The afferents associated with the vagal cardiac nerves return to the vagus nerve [X] and mainly concerned with cardiac reflexes.

The afferents associated with the cardiac nerves from the sympathetic trunks return to either the cervical or the thoracic portions of the sympathetic trunk and conduct pain sensation from the heart, which is detected at the cellular level as tissue-damaging events (i.e. cardiac ischemia).