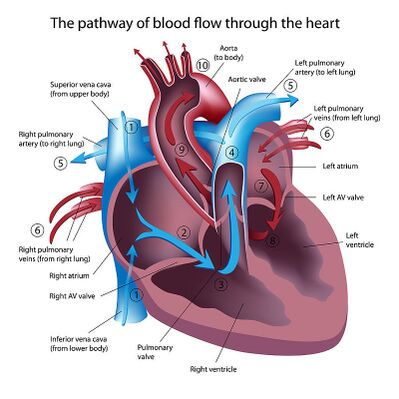 There are two Vena Cava, both large veins that discharge blood into the right atrium of the heart. They are named thus:

Blood transported by the IVC and superior vena cava will pump out to the lungs for oxygen before traveling to the left side of the heart to be carried out to the body once again.[2]

As with other arteries and veins, the vena cava are made up of three total layers of muscle. The innermost endothelial lining of the superior vena cava is known as the tunica intima. The middle layer,  comprised of smooth muscle tissue, is known as the tunica media. This is the layer that receives input from the nervous system. The outermost layer is the tunica adventitia. It consists of collagen and elastic connective tissue. It is this outmost layer that is primarily responsible for the superior vena cava’s flexibility.[3] 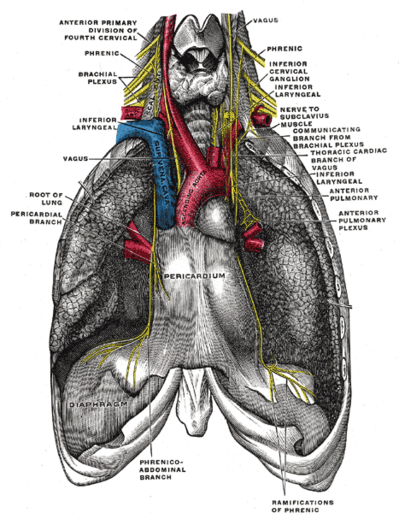 The superior vena cava is a large (measures .78 inches in diameter and 2.7 inches in length.[4]), significant vein responsible for returning deoxygenated blood collected from the body back into the heart.

The IVC’s job is to drain all the blood from the lower half of the body including the feet, legs, thighs, pelvis, and abdomen.

The IVC starts in the lower back where the right and left common iliac veins (two major leg veins) have joined together. Once the IVC is formed it runs under the abdominal cavity along the right side of the spinal column. It goes into the right atrium of the heart, in through the back side.

What makes the IVC different from other veins is that there are no valves within the vein to keep blood moving forward instead of backward, which is how the typical anatomy of a vein works. The IVC veins anatomy is slightly different. Instead of valves, the pressure from breathing and the contraction of the diaphragm as the lungs fill with air helps to pull the blood forward from the IVC all the way up to the heart.[2] 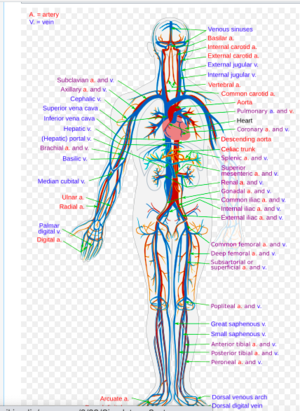 The IVC is most commonly used for IVC filter placement, which can help reduce the risk of pulmonary embolisms (a blockage in the lung which can prevent blood flow). An IVC filter stops blood clots that form in the veins of the lower half of the body, or someone who suffers from deep vein thrombosis, from having those clots reach the lungs.[2]