Nonsteroidal anti-inflammatory drugs (NSAIDs) are the most well recognized drugs worldwide for the treatment of pain, inflammation, and fever .[3]

NSAIDs work like corticosteroids, without many of the side effects of steroids. Corticosteroids are man-made drugs that are similar to cortisone, a naturally-occurring hormone. Like cortisone, NSAIDs reduce pain and inflammation that often come with joint and muscle diseases and injuries[4].

NSAIDs prevent our bodies from making prostaglandins. Prostaglandins are hormone-like chemicals in the body that contribute to inflammation, pain and fever by raising temperature and dilating blood vessels, which causes redness and swelling in the place they are released[2].

By reducing production of prostaglandins, NSAIDs help relieve the discomfort of fever and reduce inflammation and the associated pain[2].

Prescription NSAIDs are stronger than their OTC counterparts.

It is recommended to try OTC version of a medication getting a prescription, this is called step therapy. Step therapy means trying the most conservative and cost-effective options first before taking the next step to more powerful and more expensive treatments with potentially greater side effects.[6]

Some commonly used NSAIDs include:

NSAIDs are used to treat:

They can also be used to reduce fever or relieve minor aches caused by the common cold[4].

Watch this 1 minute video on NSAIDs and why they are helpful particularly for joint pains. 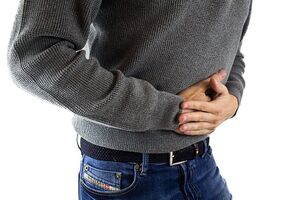