The midbrain is a part of the central nervous system, located below the cerebral cortex and at the topmost part of the brainstem. This small but important structure plays a crucial role in processing visual and auditory signals.

When viewed in cross-section, the midbrain can be divided into three portions: 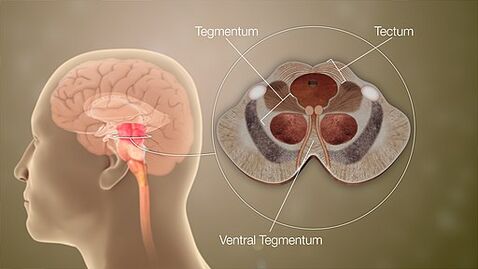 Sitting posteriorly, the tectum (Latin for "roof" or "covering")  is composed of the tectal plate and superior and inferior colliculi. The tectum is unique to the midbrain and does not have a counterpart in the rest of the brainstem. 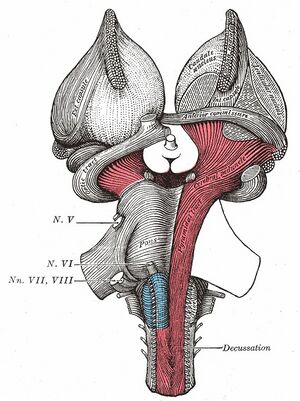 The tegmentum is the phylogenetically-old part of the brainstem and runs through the pons and medulla oblongata. Its contents include: 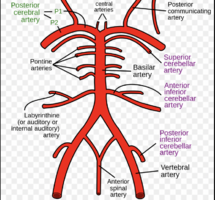 The midbrain is supplied by the vertebrobasilar circulation, from small penetrating branches of the:

Although neurologically vital, many of these small midbrain nuclei and white matter tracts are not easily individually identified on neuroimaging. However, given their diverse functions, midbrain pathology often leads to distinct clinical syndromes.[5]

The midbrain may be affected by a number of different pathological processes including stroke, tumor, a demyelinating process, infection, or a neurodegenerative disease.﻿﻿

Examples of specific conditions include the following: