The temporal lobe is one of the four main lobes or regions of the cerebral cortex. It is located in the largest division of the brain known as the forebrain (prosencephalon). As with the frontal, occipital, and parietal lobes, there is one temporal lobe located in each brain hemisphere.

Damage to this region of the brain can have global consequences for virtually every bodily function, since much of what we do depends on emotions and sensory input.

The outer surface, is called the neocortex (referring to its relatively recent evolutionary history). The older cortex, sometimes referred to as limbic system, is found on the inside surface of the temporal lobe and includes the hippocampal gyrus, uncus, hippocampus, and amygdala[3].

Some of the most important areas of the Temporal lobe include 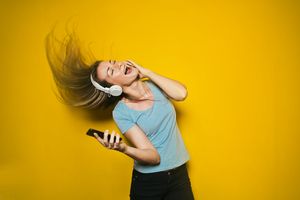 The Temporal Lobe mainly revolves around hearing and selective listening. It receives sensory information such as sounds and speech from the ears. It is also key to being able to comprehend, or understand meaningful speech. In fact, we would not be able to understand someone talking to us, if it wasn’t for the temporal lobe. This lobe is special because it makes sense of the all the different sounds and pitches (different types of sound) being transmitted from the sensory receptors of the ears.[4]

The effects of temporal lobe damage are many and include: