Neurons never function in isolation, being organized into circuits that process specific kinds of information. A neural circuit is a population of neurons interconnected by synapses to carry out a specific function when activated. What makes our nervous system such a fantastic device is not that it has 100 billion neurons, but that these nerve cells are capable of communicating with each other in a highly interactive set of neuronal networks. [1] 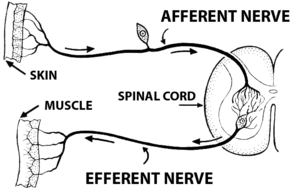 Three classes of neurons are the basic constituents of all neural circuits.

The synaptic connections in a circuit are typically made in a dense tangle of dendrites, axons terminals, and glial cell processes that together constitute neuropil[2][3]. 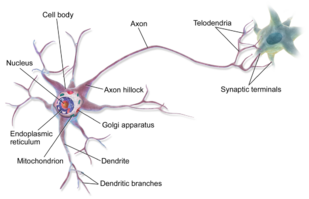 Anatomy of a multipolar neuron

The neural circuits responsible for the control of movement can be divided into four distinct, highly interactive subsystems 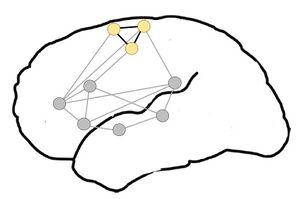 Neural networks in the brain

2. Neurons whose cell bodies lie in the brainstem or cerebral cortex: The axons of these upper motor neurons descend to synapse with the local circuit neurons. The upper motor neuron pathways that arise in the cortex are essential for the initiation of voluntary movements and for complex movement. In particular, descending projections from cortical areas in the frontal lobe (eg the primary motor cortex and premotor cortex) are essential for planning, initiating, and directing temporal sequences of voluntary movements. Upper motor neurons originating in the brainstem are responsible for regulating muscle tone and for orienting the eyes, head, and body with respect to vestibular, somatic, auditory, and visual sensory information. 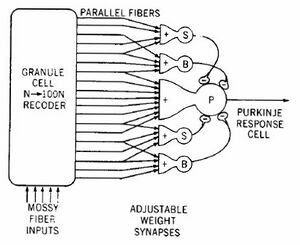 Model of a neural circuit in the cerebellum

The third and fourth subsystems are structures (or groups of structures) that have no direct access to either the local circuit neurons or the lower motor neurons; instead, they control movement by regulating the activity of the upper motor neurons.

3. The Cerebellum: acts via its efferent pathways to the upper motor neurons, detecting the difference, or “motor error,” between an intended movement and the movement actually performed. The cerebellum uses this information about discrepancies to mediate both real-time and long-term reductions in these motor errors (the latter being a form of motor learning). Patients with cerebellar damage exhibit persistent errors in movement. 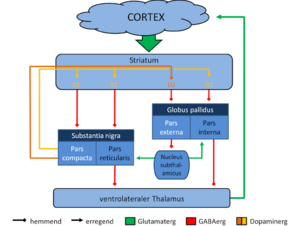 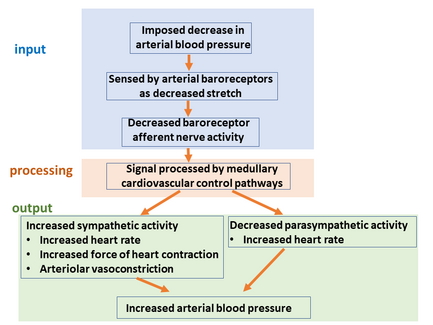 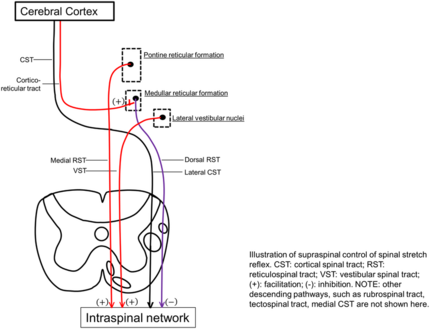 A simple example is the circuit that subserves the myotatic (or “knee-jerk”) spinal reflex.[2]

More complex examples are given below

How to Rewire Your Brain[edit | edit source]

Watch this great 6 minute video to get an idea of the formation of networks.