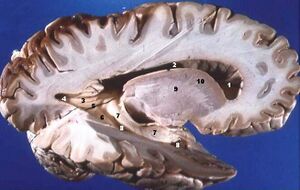 The central nervous system is made up of grey matter and white matter. 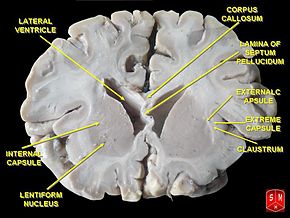 Grey matter makes up the outer most layer of the brain.

The grey matter has a large number of neurons present, which allows it to process information and release new information through axon signaling found in the white matter. The grey matter throughout the central nervous system allows enables individuals to control movement, memory, and emotions. Different areas of the brain are responsible for various functions, and grey matter plays a significant role in all aspects of human life. 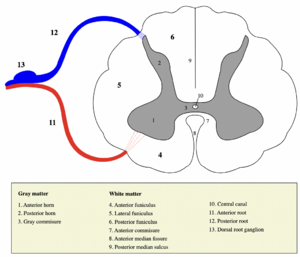 In the spinal cord the gray matter forms a “butterfly” structure with an anterior horn, the lateral horn and the posterior horn. The three sections sections give rise to the anterolateral columns, the lateral grey column and the dorsal columns[2]. 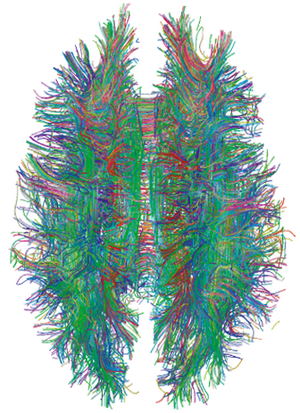 White matter is a vast, intertwining system of neural connections. White matter refers to areas of the brain where there is a preponderance of axons coated with myelin. Axons, which can be up to three feet long, are the longest projections of brain cells and carry a cell’s signal to other cells.

In an autopsy study of normal brains from age 20 to 90,

This greater loss of white matter, with its special role in connectivity and efﬁcient brain communication, suggests a cause for slowed speed in information processing, diminished attentional capacity, and forgetfulness, all typical cognitive changes of aging[1].

Many issues may affect the grey matter found in the brain and the spinal cord. Some are listed below: 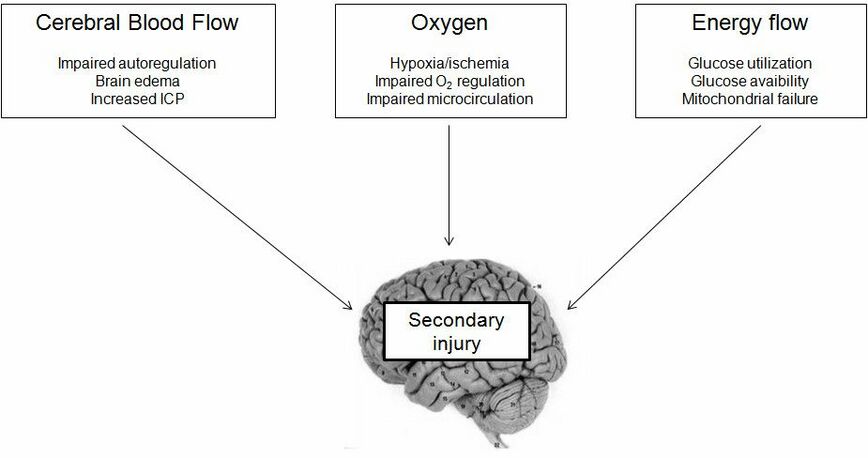