Apoptosis is an evolutionarily conserved cell death pathway that is responsible for the proper culling of cells during normal development and the maintenance of homeostasis.

Image 1:Apoptosis begins when the nucleus of the cell begins to shrink. After the shrinking, the plasma membrane blebs and folds around different organelles. The blebs continue to form and the organelles fragment and move away from one another.

Apoptosis is a complex process. During apoptosis, a cell triggers a process from within that will allow it to commit suicide.

Apoptosis involves the following pathways. All the pathways involve activation of caspases (an enzyme that cuts or cleaves proteins) as the final tool. 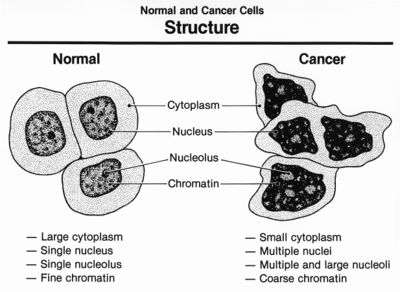 Too little or too much apoptosis can have serious clinical implications such as the following:

Apoptosis removes cells during development. It also eliminates pre-cancerous and virus-infected cells. Apoptosis maintains the balance of cells in the human body and is particularly important in the immune system[4].