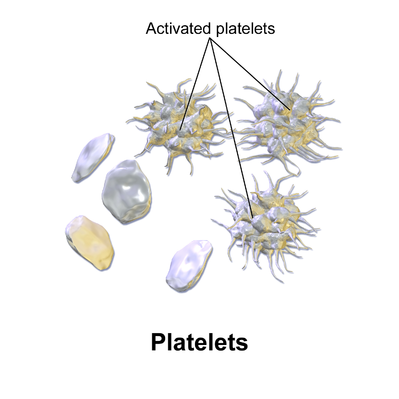 Platelets play a key role in hemostasis, and their dysfunction can result in a variety of inherited and acquired bleeding disorders. They also have involvement in the development of thrombi in the context of atherosclerosis, a pathological process associated with significant morbidity and mortality, primarily through myocardial infarction and stroke. [3] 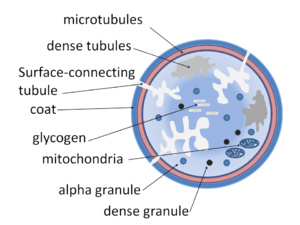 Platelets maintain hemostasis by adhering to the vascular endothelium, aggregating with other platelets, and initiating the coagulation cascade, leading to the production of a fibrin mesh, which effectively prevents significant blood loss. Platelets are also crucial in inflammation, tissue growth, and the immune response. These processes are under the mediation of the release of compounds from the alpha and dense granules which are inside the platelet. Alpha granules and dense granules contain specific compounds that are critical for a variety of functions.

Platelets can become activated in response to exposed collagen, thrombin, ADP, or other compounds. In response to tissue injury, exposed collagen on the subendothelial surface can bind directly to either the platelet or to vWF (a specific compound in the alpha granules). This begin the complex cascade involved in platelet activation and clot formation or propagation.[1]

A disorder of platelet function is a thrombocytopathy. Platelet disorders include:

Any of these conditions, even those in which platelets are increased, may cause defective formation of hemostatic plugs and bleeding.[4] 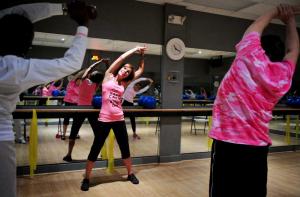 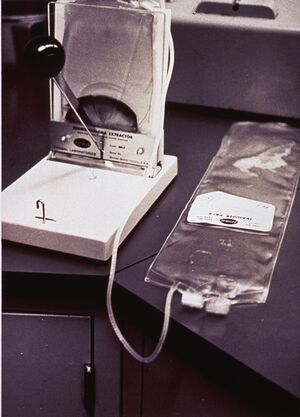 Platelet transfusions came into medical use in the 1950s and 1960s. It is on the World Health Organization's List of Essential Medicines, the safest and most effective medicines needed in a health system.[6]

People with hematological disorders or cancer receive the largest proportion of platelet transfusions. Most are given to prevent bleeding during treatment with chemotherapy or stem cell transplant. Much of the remainder are used in general medicine, cardiac surgery and in intensive care. ie Those patients who are bleeding or at high risk of bleeding with:

All platelet components are leucodepleted and irradiated prior to release to the hospital. Platelets can also be collected from a donor using an apheresis machine that allows the selective collection of platelets and some plasma. Platelet products must be stored at room temperature and can only be kept for a few days.[7]

In the circulation, platelets have a lifespan of 7–10 days. Although circulating platelet counts decline with age, somewhat paradoxically, this decrease in the numbers of these cells is associated with acquisition of a pro-inflammatory phenotype. The age-related transition of platelets to a more reactive state is associated with increased eg. generation of reactive oxygen species (ROS) and mitochondrial dysfunction.