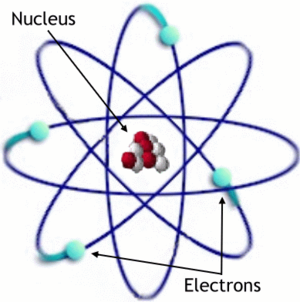 Free radicals are unstable atoms that can damage cells, causing illness and aging.

The reactivity of free radicals is what poses a threat to macromolecules such as DNA, RNA, proteins, and fatty acids. Free radicals can cause chain reactions that ultimately damage cells. eg

Free radical reactions can continue unchecked unless stopped by a defense mechanism[2].

Free radical development is unavoidable, but human bodies have adapted by setting up and maintaining defense mechanisms that reduce their impact. The body’s two major defense systems are free radical detoxifying enzymes and antioxidant chemicals.

While our bodies have acquired multiple defenses against free radicals, we also use free radicals to support its functions. eg. 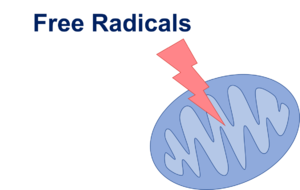 The free radical theory of Aging, one of the nine suggested hallmarks of aging, implicates the gradual accumulation of oxidative cellular damage as a fundamental driver of cellular aging. This theory has evolved over time to emphasize the role of free radical induced mitochondrial DNA (mtDNA) mutations and the accumulation of mtDNA deletions. Given the proximity of mtDNA to the electron transport chain, a primary producer of free radicals, it postulates that the mutations would promote mitochondrial dysfunction and concomitantly increase free radical production in a positive feedback loop. The observation of oxidative damage in the form of 7,8-dihydro-8-oxo-deoxyguanosine (8-oxodG) DNA oxidative lesions accumulating with age has been a cornerstone of the free radical theory of aging.

Image: Free Radicals Damage Mitochondria, which according to the mitochondrial free radical theory of ageing, leads to ageing. 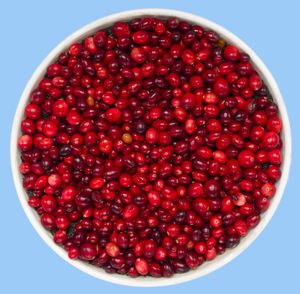 Antioxidants are a commonly promoted feature of health foods and supplements. They’re portrayed as the good forces that fight free radicals preventing damage thought to hasten ageing and cause chronic diseases.

We are exposed to free radicals every day; they’re produced in our bodies as part of normal functioning. Such normal levels are easily tolerated.

Increase risk of free radical damage occurs with eg habits such as smoking, alcohol, and eating processed foods. These additional free radicals may increase the risk of lifestyle and age-related diseases eg cancer and cardiovascular disease.