Chemotherapy Side Effects and Syndromes

Chemotherapy is the use of medicines or drugs to treat a disease, such as cancer. This treatment is often referred to as “chemo.” Two other medical terms used to describe cancer chemotherapy are antineoplastic (meaning anti-cancer) therapy and cytotoxic (cell-killing) therapy. Chemotherapy differs from surgery and radiation due to the fact that it’s a systemic treatment. This means the drugs travel throughout the body to reach cancer cells wherever they are.[1] During this process, the nonspecific chemotherapeutic agents not only target the cancer cells but also affect normal cells. Chemo can kill cancer cells that have metastasized or spread to parts of the body far away from the primary tumor.[2] It is used to treat about 60% of metastatic cancers that cannot be cured by localized methods.[3]

The first drug used for cancer chemotherapy did not start out as a medicine. During a military operation in World War II, a group of people were accidentally exposed to mustard gas and were later found to have very low white blood cell counts. Doctors then reasoned that something in the gas damaged the rapidly growing white blood cells therefore it could have a similar effect on cancer. So, in the 1940s, several patients with advanced lymphomas were given the drug intravenously, rather than by breathing the irritating gas. Their improvement, although temporary, was remarkable. That experience led researchers to look for other substances that might have similar effects against cancer. As a result, many other drugs have been developed.[1] 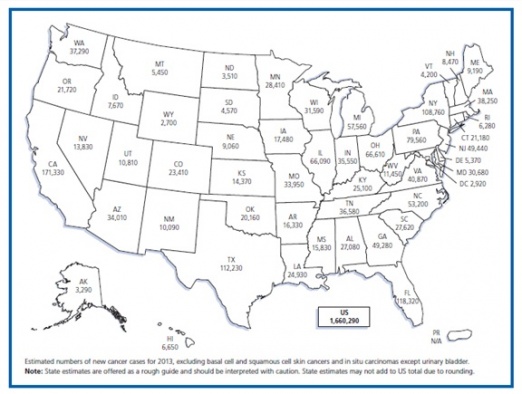 [4]
Systemic chemotherapy plays a major role in the management of the 60% of malignancies that are not curable by regional modalities. [5] It can significantly delay and interfere with cancer treatment because the presence of chemotherapy-induced side effects can warrant a dose reduction, or a delay or cessation in treatment. [6]

More information about most prevalent chemotherapy side effects in detail:

Other comorbidities that may occur with cancer include:

Medications to Treat Chemotherapy-Induced Side Effects [6]

Complete Blood Counts (CBCs)[3] are routinely performed during chemotherapy to check the number of each type of blood cell circulating in the body.

This diagnostic test was designed to determine an individual’s risk of developing side effects associated with chemotherapy based on their genomic profile. The preliminary results of a clinical study of OnPART were reported by the company at the annual meeting of the Multinational Association of Supportive Care in Cancer. In this study, OnPART correctly identified patients at risk for chemotherapy-induced diarrhea (CID) with an accuracy of 96.7%. A larger study confirmed these findings and allowed the first phase of development to be completed. Further development and testing is currently underway.[7] [10]

Cancerous cells are marked by uncontrolled division and mitosis where they no longer stop dividing in response to the normal checks and balances in place within the human body to stop cell division. Chemotherapy agents are designed kill these cells by targeting cells that rapidly divide. Unfortunately there are several types of healthy cells that rapidly divide, and chemotherapy agents destroy these too. The most commonly affected healthy cells are in the bone marrow, mouth, GI tract, and hair follicles. This results in many GI complications, mouth sores, hair loss, and low blood cell counts. Side effects of chemotherapy agents result from other causes too. For example, CIPN is caused by the inactivation of necessary metabolic components of motor, sensory, and autonomic axons by neurotoxic chemotherapy agents. The causes of some other side effects, such as "chemo brain" remain unknown.[13]

Respiratory System
Patients receiving chemotherapy are at risk for developing infection, metastatic disease, pulmonary embolism, or drug-induced pulmonary toxicity. Chemo drugs commonly cause pulmonary toxicity but many other drugs may also have an association. Initial presentation can be hard to detect because the patient may be asymptomatic and changes on chest X-ray may be minimal. However, patients may complain of a dry cough or increasing breathlessness with exercise. Due to the immunosuppressant effects of chemotherapy drugs, patients may also present with infections such as pneumonia.

Cardiovascular System
Cardiac toxicity due to chemotherapy is common and may be life threatening or cause significant morbidities. Common symptoms include hypotension, hypertension, arrhythmias, myocardial infarction, congestive cardiac failure, cardiomyopathy, myocarditis, and pericarditis, leading to pericardial effusion and cardiac tamponade. Cardiac toxicity can be immediate or delayed after completion of the course of chemotherapy.

Chemotherapy drugs tend to damage myocytes, cardiac valves, vessels and the pericardium. Risk factors for cardiotoxicity include pre-existing cardiac disease, the use of concurrent chemotherapy agents, older than the age of 70, female, and current or previous radiation therapy involving the mediastinum.

Nervous System
Chemotherapy can damage any part of the nervous system. Chemotherapy agents can cause neurotoxicity, peripheral neuropathy, muscle pain, cranial neuropathy, seizures or exacerbate pre-existing neurological conditions. There are also effects on the autonomic nervous system, which can cause orthostatic hypotension. In high-doses some drugs may induce acute encephalopathy, causing confusion, seizures, hemiparesis, and coma. It is important that physical therapists conduct a full neurological examination to detect any neurological damage.

Depending on the drug given, there are different ways to determine chemotherapy doses. The overall dose may be based on a person’s body weight or can be determined based on body surface area, which is calculated using the patient’s height and weight.

Chemotherapy is generally given at regular intervals called cycles. A chemotherapy cycle may involve a dose of one or more drugs followed by several days or weeks without treatment. This gives normal cells time to recover from the drug’s side effects. Sometimes, doses may be given several days in a row, or every other day for several days, followed by a period of rest. Some drugs work best when given continuously over a set number of days.

It's important, when possible, to get the full course of chemotherapy and to keep the cycles on schedule. This will give you the best chance to get the maximum benefit from treatment.[1]

It is extremely important to take a client history of current chemotherapy dosages and to monitor the hematologic values in clients receiving physical therapy. Current guidelines recommend that individuals undergoing chemotherapy should not exercise within two hours of their treatment because the increase in blood circulation during exercise may change the effects of the chemotherapy treatment. The suggested two hour delay is reasonable given the half-life of most chemotherapeutic agents.

Exercise Precautions for the Current Cancer Patient[3]
(Box 9-5 from Pathology: Implications for the Physical Therapist)

Specific Exercise Precautions for the Cancer Survivor Post-treatment[3]
(Box 9-6 from Pathology: Implications for the Physical Therapist)

- activities for developing coordination: adapted ball game with coordination of visual and kinesthetic aspects for LEs [17]

Acupuncture: Studies show acupuncture may be helpful in relieving nausea and may also help relieve certain types of pain in people receiving chemotherapy. Also shown to improve gait and balance, as well as decrease the required dosage of analgesic drugs. In one study, these improvements were sustained for 6 months and no adverse effects were seen. Not shown to have an effect on neuropathy or vibration sensation.

Aromatherapy: Aromatherapy uses fragrant oils to provide a calming sensation which may be helpful in relieving nausea, pain and stress.

Biofeedback: Biofeedback may be helpful in relieving pain in people with cancer.

Exercise: Exercise may help you manage signs and symptoms during and after cancer treatment. Gentle exercise, such as walking or swimming, may help relieve fatigue and stress and help you sleep better.

Hypnosis: Hypnosis may be helpful for people with cancer who are experiencing anxiety, pain and stress. It may also help prevent anticipatory nausea and vomiting that can occur if chemotherapy has made you sick in the past.

Massage therapy: Studies have found massage can be helpful in relieving pain in people with cancer. It may also help relieve anxiety, fatigue and stress.

Meditation: Meditation may help people with cancer by relieving anxiety and stress.

Pulsed Infrared Light Therapy: Also called anodyne therapy. Machine delivers infrared light to foot with neuropathy (CIPN has not been studied but other forms of neuropathy have) and stimulates nitric oxide production to improve circulation. Shown to improve sensation, neuropathic symptoms and pain in most patients, excluding those with very advanced neuropathy scores.[6]

Spinal Cord Stimulation: Not yet recommended for practice due to lack of research and high surgical risks and costs. The surgery involves placing electric leads into the involved section of the spinal cord or nerve roots to transmit energy that blocks the pain through the gate-control theory. One case study of 2 patients who underwent the surgery showed that they had improved pain, sensation, gait, and flexibility afterwards. They were also able to decrease their analgesic dosage.[6]

Yoga: Yoga may provide some stress relief for people with cancer. Yoga has also been shown to improve sleep and reduce fatigue.

Some alternative treatments have been shown to work well together but more research is needed for conclusive evidence.  [19]

- Side effects of additional drugs and treatments used

- May cause similar symptoms such as constipation, diarrhea, nausea and vomitting.

Virgil is a 67 year old male who was diagnosed with stage three colon cancer about two years ago. He previously was a school teacher but has recently retired in order to take care of his health. Shortly after being diagnosed he was scheduled for a partial colectomy to remove the affected part of the colon. He continued with chemotherapy, taking capecitabine, orally, twice a day, to increase his likelihood of remaining cancer free. He has been noticing trouble with his balance as well as numbness and tingling in his feet and legs that have resulted in two recent falls. He also has increased occurrence of nausea for the last several months resulting in an overall feeling of fatigue. The patient had some physical therapy services while receiving treatment at the hospital but has not been to see anyone following d/c.

The patient states, “ I want to improve my sensation and balance as well as increase his endurance to more effectively participate in his life.

Coates A, Abraham S, Kaye SB, et al. On the receiving end-patient perception of the side-effects of cancer chemotherapy. European Journal of Cancer and Clincal Oncology. 1983; 19(2):203-208.