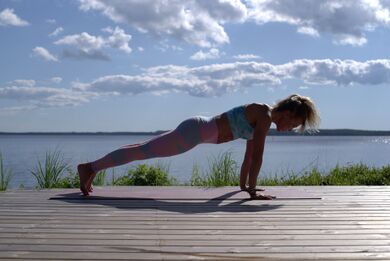 The core is the group of trunk and hip muscles that surround the spine, abdominal viscera and hip. Core muscles are essential for proper load balance within the spine, pelvis, and kinetic chain. They spare the spine from excessive load and are essential for lad transfer between the upper and lower body. 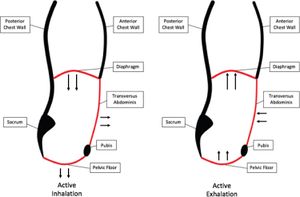 The core can be described as a muscular box with the abdominals in the front, paraspinals and gluteals in the back, the diaphragm as the roof, and the pelvic floor and hip girdle musculature as the bottom. Within this box are 29 pairs of muscles that help to stabilize the spine, pelvis, and kinetic chain during functional movements. Without these muscles, the spine would become mechanically unstable with compressive forcces less than the weight of the upper body[1] 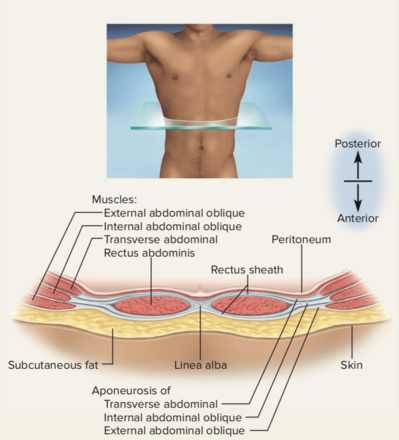 The stabiliser muscles include:

The core muscles are composed of slow-twitch and fast-twitch muscle fibres, with the stabilisers having a large postural component and are slow twitch, the global movers being fast twitch. 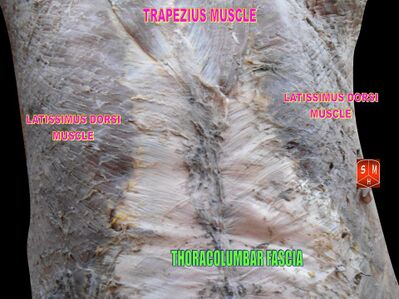 The thoracolumbar fascia (TLF) and the erector spinae aponeurosis (ESA) play significant roles in the biomechanics of the spine. The core acts through the thoracolumbar fascia (TLF) and the ESA which are a critical part of a myofascial girdle that surrounds the lower portion of the torso. With contraction of the muscular contents, the TLF and ESA also function as a proprioceptor, providing feedback about trunk positioning.[4] 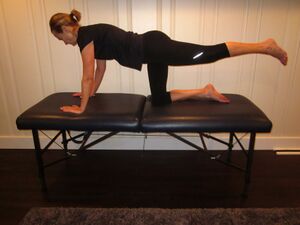 The core muscles are extremely important because it maintains proper posture and protects the body's inner organs. They also are crucial to most athletic endeavours because almost all athletic movements utilise these muscles to some extent.

Core strengthening has a strong theoretical basis in treatment and prevention of LBP, as well as other musculoskeletal afflictions[1]. Core muscles strengthening involves a great deal more than simply performing a variety of exercises that target the abdominal muscles and back muscles. These muscles are part of the body's core, but it also includes muscles in the pelvic floor, hips and spine[5].

Exercise of the core musculature is more than trunk strengthening. Lack of sufficient coordination in core musculature can lead to decreased efficiency of movement and compensatory patterns, causing strain and overuse injuries. Thus motor relearning of inhibited muscles may be more important than strengthening in patients with LBP and other musculoskeletal injuries. A core exercise program should be done in stages with gradual progression.

Some traditional progressive resistance strengthening of the core muscles may be unsafe to the back. Heavy resistance training of the lumbar extensors is not recommended eg Roman chair exercises or back extensor strengthening machines require at least torso mass for resistance, which is a load that is often injurious to the lumbar spine, traditional sit-ups also may be unsafe because they create excessive compressive forces in the lumbar spine, caution should be used with full spinal flexion or repetitive torsion, as risk of lumbar injury is greatest with these positions[1].