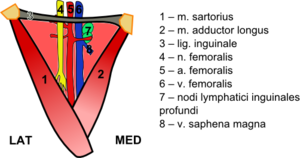 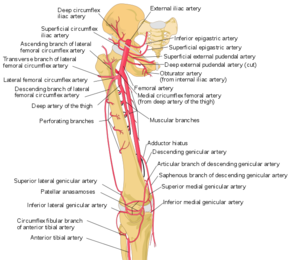 The femoral artery is clinically significant because it is a frequent site of peripheral arterial disease (PAD) complications  which may lead to intermittent claudication symptoms in the thigh and calf. as well as an access point for many endovascular procedures[2].