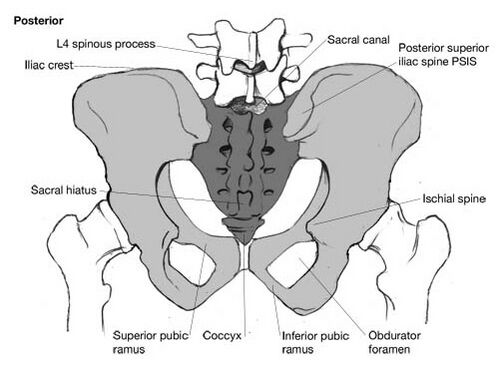 Manual palpation is commonly used for the assessment of patients with neuromusculoskeletal dysfunction[1]. Many pelvic landmarks are easily palpable on physical exam eg the iliac crest, the anterior superior iliac spine (ASIS), posterior superior iliac spine (PSIS). These landmarks are instrumental in physical examinations by allowing practitioners to quickly and simply identify anatomy for both diagnostic and therapeutic measures.[2]

You can find the iliac crests by placing the sides of your forefinger/hand in the fleshy part of the waist at the level of the umbilicus, move inferiorly and the first hard lumps you feel on each side are the iliac crests. [3]

This level corresponds to around L3-L4 lumbar vertebrae[2]. 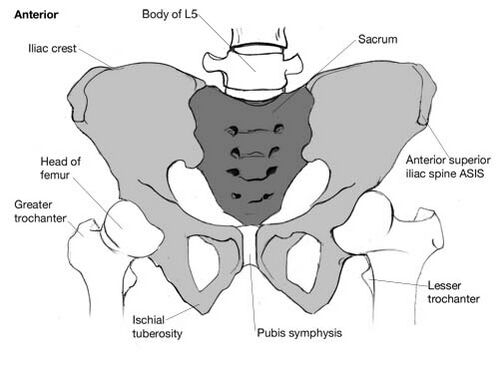 Move inferior from the iliac crests down the most lateral part of the hip. The first hard lump you feel is the greater trochanter of the femur. You can check by rotating the leg[3].

In supine from the anterior midline of the thighs move superior. The first lump you feel will be the ASIS on each side[3]. 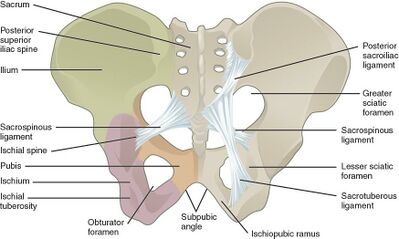 The PSIS marks the posterior edge of the iliac crest and manifests in some individuals as dimples on the lower back, colloquially called “dimples of Venus.” [2]

Move inferior from the umbilicus it will be soft and then you will eventually feel the bones of the pubic arch. Often easier to get the client to find it for you.

A study to determine the validity of manual palpation (MP) of speciﬁc landmarks in the lumbo-pelvic area (using US) found that MP may have acceptable validity when used for applying manual therapy. However, the degree of measurement error found in this study may be unacceptable when assessing for pelvic symmetry.[1]