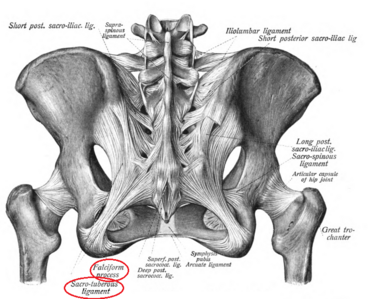 The sacrotuberous ligament (STL) is a stabiliser of the sacroiliac joint and connects the bony pelvis to the vertebral column[1]. 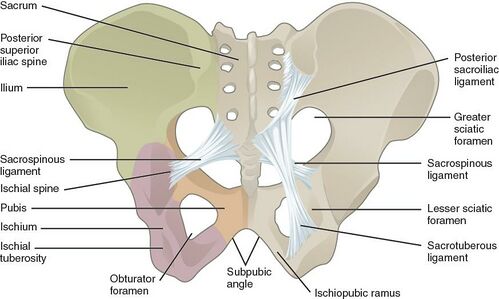 The STL has a broad fan-like origin from the sacrum, coccyx, ilium and sacroiliac joint capsule. Its fibres converge to course caudally to insert into the medial ischial tuberosity and additional fibres (known as the falciform ligament) extend to the ischial ramus .

It forms a boundary of the greater and lesser sciatic foramen. Many of its fibres blend with other musculotendinous structures: 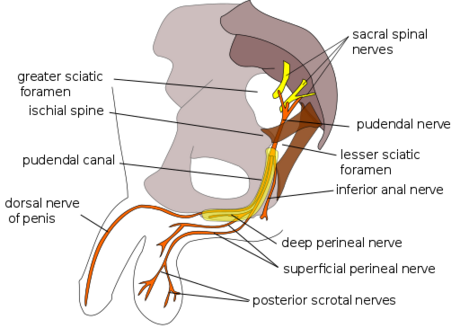 Initial physical therapy goals are to reduce pain by minimizing irritation of an injury and reducing local spasm and inflammation. For a sacrotuberus ligament sprain techniques include:

The treatment procedure as the assessment technique with applying firm, gentle, and mild resistance on the ligament avoid gliding or friction movement until you feel the tissue release underneath your finger.