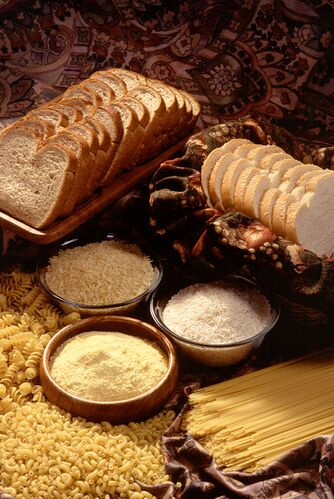 Carbohydrates are one of the three macronutrients in the human diet, along with protein and fat. These molecules contain carbon, hydrogen, and oxygen atoms. Carbohydrates play an important role in the human body. They act as an energy source, help control blood glucose and insulin metabolism, participate in cholesterol and triglyceride metabolism, and help with fermentation. The digestive tract begins to break down carbohydrates into glucose, which is used for energy, upon consumption. Any extra glucose in the bloodstream is stored in the liver and muscle tissue until further energy is needed.

Carbohydrates is an umbrella term that encompasses sugar, fruits, vegetables, fibers, and legumes. While there are numerous divisions of carbohydrates, the human diet benefits mostly from a certain subset.[1]

Carbohydrates are any foods that break down into glucose in the body. They are usually categorised into ‘simple’ and ‘complex’ carbs. 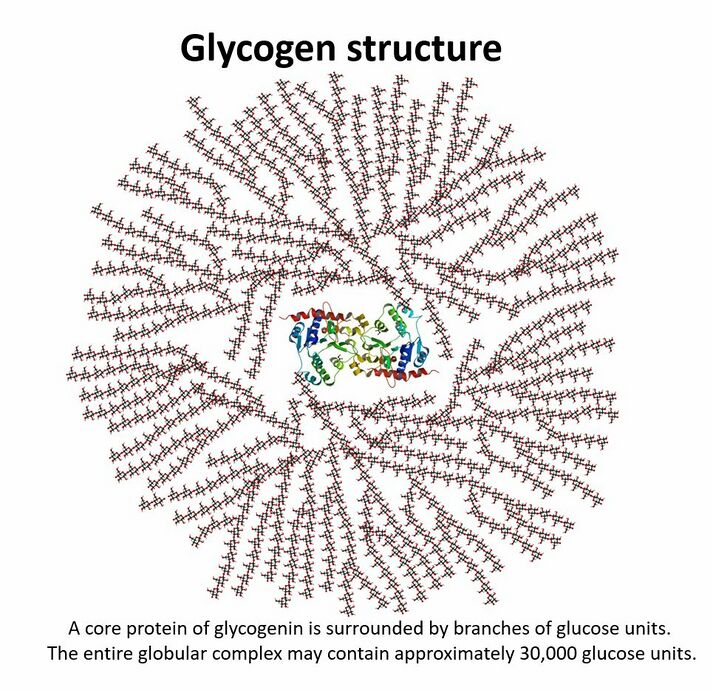 Schematic two-dimensional cross-sectional view of glycogen: A core protein of glycogenin is surrounded by branches of glucose units. The entire globular granule may contain around 30,000 glucose units. Glycogen functions as one of two forms of energy reserves, glycogen being for short-term and the other form being triglyceride stores in adipose tissue (i.e., body fat) for long-term storage. 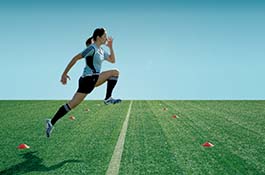 Complex carbohydrates are an efficient source of energy that fuels muscle contractions. Once eaten, carbs are broken down into smaller sugars (glucose, fructose, and galactose) to be used as energy for immediate tasks. Any unused glucose is converted into glycogen and stored in the muscles and liver for future use.

Consuming enough carbohydrates ensures a person has access to the energy needed for exercise. It also helps maintain mental sharpness for endurance sports[3].

The glycemic index is a tool used to track carbohydrates and their individual effects on blood sugar. This scale positions carbohydrates from 0 to 100 based on how quickly the rise in blood glucose occurs upon consumption. Low glycemic foods (55 or less) produce a gradual increase in blood sugar. Examples being steel-cut oatmeal, oat bran, muesli, sweet potatoes, peas, legumes, most fruits. Medium glycemic foods (56 to 69) examples being quick oats, brown rice, and whole-wheat bread. High glycemic foods (70 to 100), examples being bread, corn flakes, white potatoes. This last category increases the risk of type 2 diabetes, heart disease, obesity, and ovulatory infertility.[4]

A complex relationship occurs in the intestine between the human gut microbiota, diet and the host.eg

Research on carbohydrates and gut microbiota composition and functionality is fast developing and will open opportunities for prevention and treatment of obesity, diabetes and other related metabolic disorders through manipulation of the gut ecosystem[6]