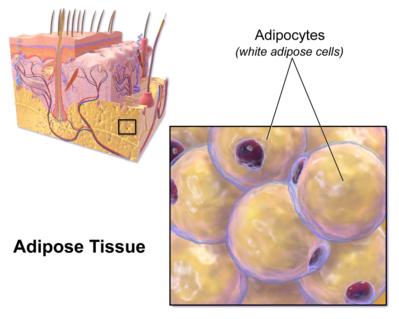 The more technical term for body fat is adipose tissue. It is a loose connective tissue composed of fat cells, with individual cells being called adipocytes. [1]

There are three types of adipose tissue: white, brown, and beige adipose. 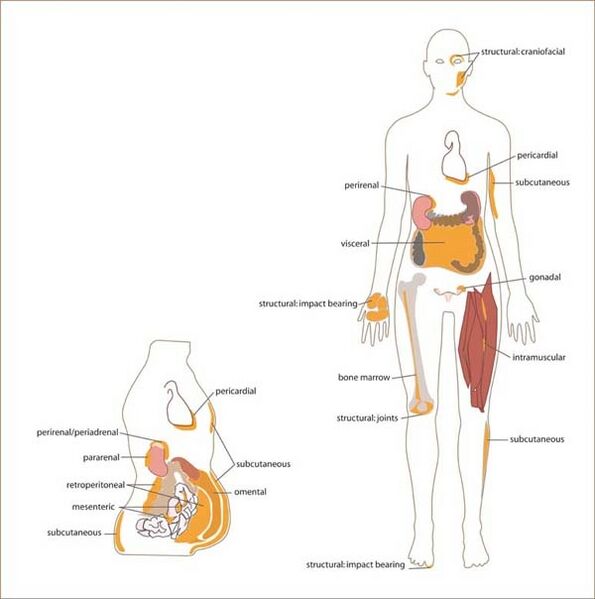 White adipose distribution in the body

Adipose tissue can be found in a number of different places throughout the body.

1.White adipose tissue is the most abundant type of fat in humans. It is distributed within subcutaneous fat, visceral fat, and bone marrow fat.

2. Brown adipose tissue is mostly present during fetal life and in infants. With age, the amount of brown fat decreases progressively. In adults, remaining brown fat deposits can be found surrounding the vertebrae, above the clavicles, in the upper back, and in the mediastinum. Their colour is derived from the abundance of blood vessels and mitochondria in the tissue.[2]

Between anterior neck muscle and supraclavilar fossa, under the clavicles, in the axilla, anterior abdominal wall, inguinal fossa.

The main function of: 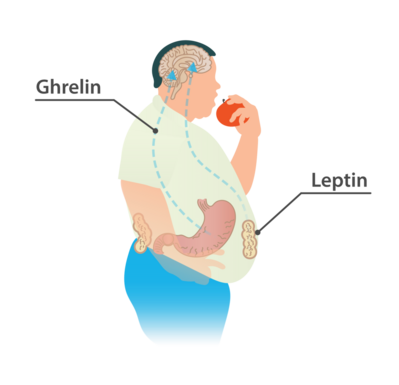 Leptin (produced by adipocyctes) and Ghrelin.