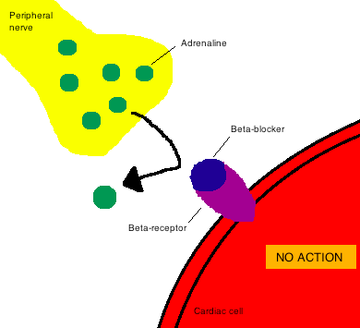 Beta-blockers are a broad class of medications that are used for various clinical benefits but also carry the potential for adverse effects[1].

Beta blockers uses range from lowering blood pressure to improving heart failure (once a mainstay for treating high blood pressure, beta blockers have been elbowed aside by newer drugs, such as ACE inhibitors, and older ones, such as thiazide diuretics).

Beta receptors (tiny proteins) sit on the outer surface of many cells. There are three main types.

Beta receptors latch onto chemical messengers released by the nervous system and initiate sympathetic activation eg the heart beats faster, blood vessels constrict, the airways relax, and the kidneys increase production of a protein that boosts blood pressure. Beta blockers subvert these processes by settling onto beta receptors and preventing the chemical messengers from binding to their receptors eg slows the heart, improves the conduction of electrical signals in the heart, relaxes blood vessels, and lowers blood pressure[2].

Beta-blockers, as a class of medications, are essential drugs and are first-line treatments in many acute and chronic conditions.[1] There are two types of beta receptors in the body drugs are target:

More than a dozen beta blockers have been approved for use in the United States (see table). They fall into three main groups. 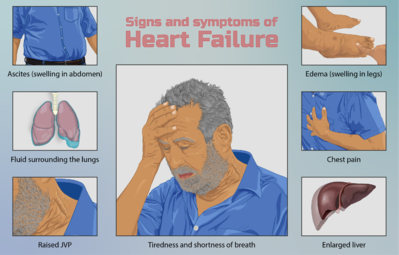 Beta blockers are considered the primary drugs for the pharmacological management of CHF. These drugs provide their beneficial effect by decreasing the excessive activity of the sympathetic nervous system which is characteristic of CHF. Clinically useful beta-1 cardioselective blockers  bind to beta-adrenergic receptors on the myocardium, blocking the effects of norepinephrine and epinephrine. By this mechanism, beta blockers normalize sympathetic activity reducing heart rate, cardiac contraction force, and angina.

Beta receptors are found all over the body and induce a broad range of physiologic effects. The blockade of these receptors with beta-blocker medications can lead to many adverse effects.

While beta blockers may allow patients to participate in therapy less inhibited by angina and with reduced stress on the heart, exercise programs must be prescribed with extreme caution and monitored carefully. 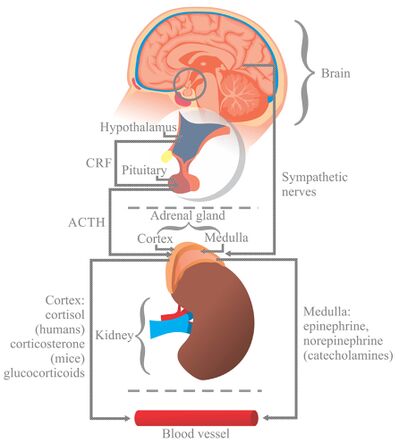 Whether the stress is physical or emotional, the response is the same. The adrenal cortex increases secretion of the hormone Cortisol, and the activity of the sympathetic nervous system is increased, resulting in increased epinephrine/adrenaline secretion from the adrenal medulla. Other hormones are also released during stress, and insulin production is usually decreased.

The response of the sympathetic nervous system is commonly called the "fight-or-flight" response because the physical affects allow us to physically fight or flee[8].