Acute respiratory distress syndrome (ARDS), is a life-threatening condition which is characterised by the sudden onset of severe dyspnea and hypoxaemia[1].

In 1994, the American-European Consensus Conference[2] defined ARDS as:

‘The acute onset of hypoxaemia (arterial partial pressure of oxygen to fraction of inspired oxygen [PaO2/FiO2] less than or equal to 200mm Hg) with bilateral infiltrates on frontal chest radiograph, with no evidence of left atrial hypertension'

More recently, the European Society of Intensive Care Medicine with endorsement from the American Thoracic Society and Society of Critical Care Medicine organised an expert panel to address the limitations of the AECC definition. As a result, the Berlin Definition[3] was created and is shown below: 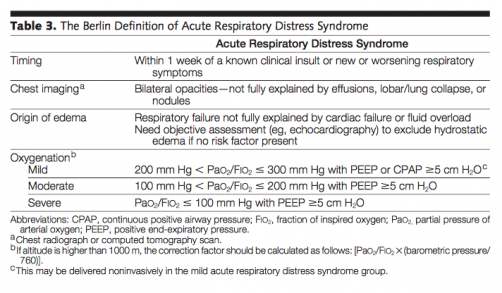 ARDS is typically a secondary condition and is induced by the inflammation of the alveolar-capillary interface, which results in protein and fluid entering the interstitial space and alveoli. This pulmonary infiltrate can lead to respiratory failure or, in approximately 20-30% of ARDS cases, death[4].

Although the lungs are the primary site of dysfunction for an individual with ARDS, many of the other systems will be compromised due to the decrease in blood oxygen levels[5]. Because ARDS can occur in an individual of any age, the systemic impact of the condition may also result in serious complications later in life for the individual.

The exact mechanism of pathogenesis of ARDS is unknown, although it is well accepted that there is diffuse alveolar damage with:

Prior to these changes, surfactant turnover is significantly increased and the fluid that lines the epithelium also highlights fibrosing alveolitis early in the course of lung damage.

Once the alveolocapillary membrane is damaged, there is bidirectional leakage of fluids and proteins into the alveolus and as well as surfactant proteins and alveolar cytokines into the plasma. The epithelial barrier becomes disrupted with a proliferation of type 2 alveolar cells leading to surfactant dysfunction.

The prevalence of people suffering from ARDS differs greatly between geographical areas. Although the reason for the differences are unclear, some have speculated that it may stem from the differences in healthcare systems[6]. The ability to diagnose and to differentiate the secondary condition is required to properly record and treat the patient. Future studies must be conducted in order to improve the ability to accurately diagnose the ARDS.

It is worth noting that in both phases, secondary systemic and chest infections are can occur.

According to the National Heart, Lung and Blood Institute [7] a diagnosis will be made via the examination of your medical history, physical exam and test results. 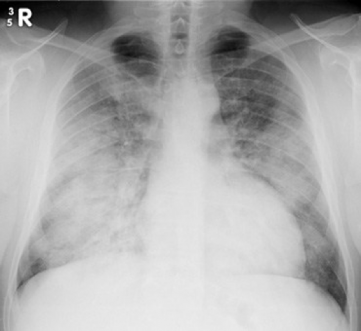 For this type of patient you have to consider the risk vs reward of your intervention, particularly when the lungs are as fragile as they are. However, possible interventions for the ARDS patient may include:

A systematic review by Anderson et al (2015) [8] considered that both manual and ventilator hyperinflation have similar affects on secretion clearance, pulmonary compliance, improve atelectasis and oxygenation without a detrimental risk to cardiovascular stability. However, a manometer should be used throughout the intervention with special attention paid to contraindications.

Due to the high levels of PEEP that are required to maintain lung recruitment for an ARDS patient, using the ventilator to deliver the hyperinflation is ideal. Also, VHI allows the constant monitoring and monitoring of airway pressures allowing the delivery to be titrated accordingly. 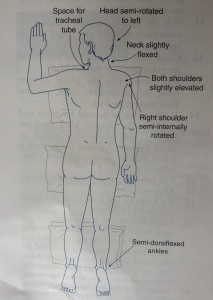 Evidence has shown that prone positioning is beneficial particularly those who are severely hypoxaemic/severe ARDS, with reductions in ICU mortality without increased airway complications.

As a result of the acute onset of hypoxaemic respiratory failure with an increased work of breathing, mechanical ventilation is commonplace. The pathophysiology of ARDS, and in particular the fibrosing aspect means that the method and delivery of support requires careful consideration to ensure that ventilator induced lung injury (VLII) does not occur[9]

In the ARDS patient, the PEEP and tidal volume has to be reduced to reflect the available parts of the lung that are available for aeration. If not, this can lead to an over stretching of the lung, known as volutrauma due to decreased lung compliance. Repeated open and closing of the alveoli during tidal inflation can also cause injury to the lung tissue, known as alectotrauma. If the mechanical support is not titrated to the patient, both alectotrauma and volutrauma can increased the cytokines within the lung tissue which then may enter the systemic circulation and potentially lead to multiple organ failure[9]

Although perhaps oversimplified, the graph below attempts to highlight the optimal area for ventilation of the ARDS patient. The lower inflection point (LIP) is thought to be the pressure at which lung tissue is recruited. The upper inflection point (UIP) is the approximate pressure at which the alveoli become over distended which can potentially lead to damage. Therefore, the most optimum position to ventilate would be between the two inflection points, on the steepest most complicant aspect of the curve[10]. 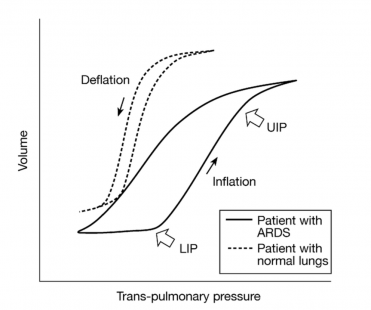 This mode of ventilation requires the alteration in the normal inspiratory / expiratory ratio of 1:2 to either 1:1 or 2:1. While this mode of ventilation aims to increase the aeration and collateral ventilation of the poorly compliant lung, decreased expiration time may result in an increase in the PCO2. However, if hypercapnic acidosis occurs slowly then the intracellular acidosis will be well compensated, however any form of hypercapnia should be avoided in this with or those at risk of developing raised intracranial pressures. This is known as permissive hypercapnia.

A recent although small study by Kotani et al (2016) [11]showed that IRV provided acceptable gas exchange without complications for 13 people with ARDS.

This form of mechanical ventilation involves the delivery of CPAP with an intermittent release phase. Delivering CPAP over long periods is thought to maintain adequate lung volume and alveolar recruitment where the release is designed to aid the removal of CO2. Inspiration starts from a more beneficial pressure-volume relationship thus helping oxygenation [12].

With HFO, a continuous distending pressure (CDP) is set and small tidal volumes are delivered at high frequencies with an oscillatory pump. Like the others previously described, this is another form of lung protective ventilation with constant lung recruitment. While a systematic review by Sud et al (2010)[13] found that HFO may improve survival and is unlikely to cause harm, only 8 studies were analysed with few patients and wide confidence intervals. There was also no reports of blinding outcome assessors putting trials at risk of bias[13].

ECMO can be used for those patients who have severe respiratory failure and is used when conventional therapy cannot maintain adequate oxygenation. ECMO can fully replace the function of the lungs, however due to various complications there needs to be consideration of the risk vs benefit.

ECMO consists of an extracorporeal blood circuit formed via an oxygenator and a pump. Two vascular accesses are established, one removes the venous blood and one infuses the oxygenated blood. After the blood has been removed from a major vein, it is pumped through a circuit that contains an oxygenator which oxygenates the blood and removes the carbon dioxide. The blood is then returned via the other cannula[14].

Not only is nitric oxide an endothelium-derived smooth muscle relaxant, it also assist with neurotransmission, host defence, platelet aggregation and bronchodilation. Inhaled nitric oxide may delivered continuously or using intermittent inspiratory injection and a rise in PaO2 of 20% is considered a positive response. 40% - 70% of ARDS patients have improved oxygenation following inhaled nitric oxide and is only commonly used in patients with severe hypoxemia as a temporary rescue. [9]

Role of the physiotherapist

Input from physiotherapy is often limited and minimal often due to the need for high PEEP and high oxygen requirements. As it is an interstitial pathology secretions are not generally a problem. Treatment may consist of positioning only, e.g. prone lying to optimise gas exchange. Caution is needed with hands-on techniques as you want to ensure you do not de-recruit lung units losing the splinting effect of the ventilator PEEP. If secretions become an issue, ensure adequate humidification along with other techniques to improve sputum clearance. Minimal suctioning via ETT. A state-of-art review suggests avoiding repeated airway clearance in infants and children with the acute pulmonary disease[15].﻿