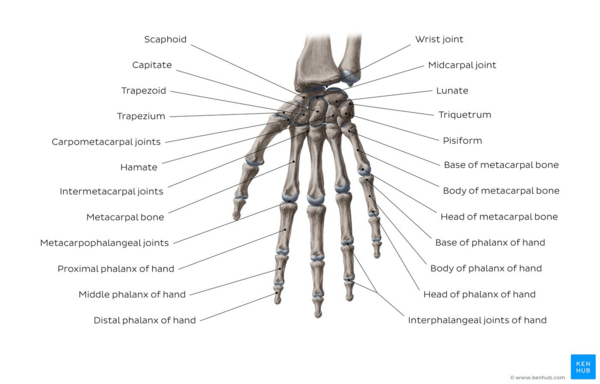 The hand and wrist have a total of 27 bones arranged to roll, spin and slide[5]; allowing the hand to explore and control the environment and objects. The carpus is formed from eight small bones collectively referred to as the carpal bones. The carpal bones are bound in two groups of four bones:

Image: Overview of the bones of the wrist and hand[7]

The arrangement of the bones and ligaments allows very little movement between bones[3], but they do slide contributing to the finer movements of the wrist[10]. 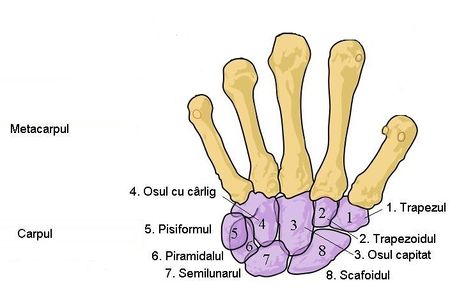 The wrist has two degrees of freedom[11], although some say three degrees of freedom because they include the movements of pronation and supination[8], which occur at the the radioulnar joint. The radioulnar joint is often referred to as a joint of the forearm but it is this articulation that gives the wrist more freedom of movement.  The true joints of the wrist and hand are listed in the table below[11]. 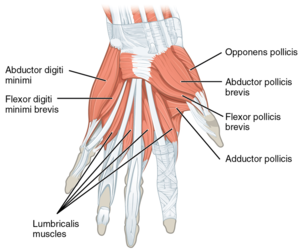 A common rule of thumb is that any muscle tendon that crosses a joint will act on that joint. For example, muscles of the forearm that cross the carpometacarpal joint will produce flexion or extension at the wrist joint. [12] 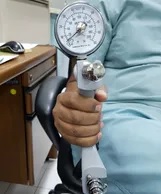 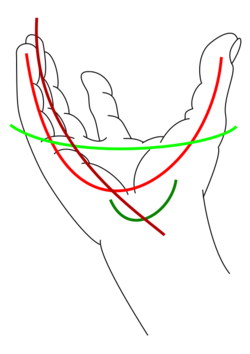 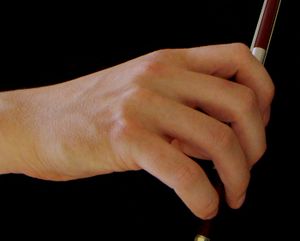