Jump to:navigation, search
This article or area is currently under construction and may only be partially complete. Please come back soon to see the finished work! (29/05/2020)

Although physiotherapy is a profession concerned with identifying and maximising movement potential through education training and rehabilitation, it aims to promote the well being and autonomy of people with a physical dysfunction associated with mental and physical illness. The profession uses a holistic person centred approach to influence the psychological health of individuals regardless of age.

There is a relationship between mental state and physical performance; e.g. when we respond to a situation with a physical reaction, concentrate on a task and try not to let our nerves get the better of us, or simply do a job where we are under a certain amount of stress/pressure.
The ability to relax mentally and physically is of great benefit to those subjected to worries and anxieties during the course of everyday life. Occasionally, these problems need to be dealt with by someone other than the person him/herself. On the whole, exercise increases general well-being, renewing mental energy and drive, which is where the expertise of physiotherapist is most beneficial.

The four major pathological conditions in the older population are:

As people get older there is an increased likelihood of them experiencing bereavement. Most come through the experience without the need for professional help, but for some there are longer lasting detrimental effects on physical and mental health. This may leave someone in a pattern of grief and mourning, experience some or all of the following:

An initial experience of numbness (sense of isolation, withdrawal, loss of appetite) and denial (constant reminiscing, expects the return).

In the first 3 months it could be anxiety (sense of insecurity, often irrational fears), anger (‘why me’), pain, guilt (self-recrimination)

From 3 months onwards, depression is more likely, exacerbating existing personality problems, apathy (neglects own best interests, lack of will) and possible a loss of identity

For the first year or more we should expect acceptance (can settle into new circumstances, loss no longer felt as an appalling tragedy) and healing when equilibrium is regained. The depression may continue in older people, and if severe is a suicide risk that needs recognition and treatment. Liaison with clinical psychologist, community psychiatric nurse, GP or other mental health professionals is appropriate.

Consider the psychological factor of adjustment to physiological change that has left a disability, e.g. a stroke. It may mean lifestyle changes such as having a bed downstairs, leading to loss of privacy, or having to give up driving, leading to isolation. A major disability may also alter the person's position or status within the family, for example, a change from being a carer to being cared for may lead to low esteem. Healthcare professionals may sometimes overlook the acceptance of these changes as the priority is normally to deal with the physical disability. If the physiotherapist has knowledge of the possible psychological consequences they can refer on to colleagues and ensure a holistic approach to person-centred care is maintained. Occasionally however, the effects of mental health problems can be such that they hinder and limit a person’s participation and progression with physiotherapy, and a different course of management must be sought.

For most of us who are in a general setting, dealing with complex emotions in rehabilitation is vital, as many factors will affect involvement and participation with treatment. The range of patients you will see encompasses people with anxieties born of their pathologies of a non-organic nature; e.g. someone with osteoporosis with a great fear of moving in case they fall and fracture a bone.
How would your response differ to a patient who has anxiety centred on falling, compared to a person with dementia and anxiety about walking outside?

Many treatments for those with mental health problems are no different from those used to solve physical problems with client groups elsewhere; however, the approach taken may need to reflect the person’s individual health needs. Overall, patience and empathy are a must (with good listening/counselling skills with both client and carers), as are re-orientation to the individual’s environment, and an understanding of their behaviour. Good practice point for people with mental health problems.

The physical treatment may involve:

In addition to the sites provided in an earlier chapter (page 20), further information can be found at the following sites.

In Scotland, the See Me site provides information and fact sheets to download that explain about the national campaign to end the stigma and discrimination of mental ill-health. They are an alliance of five mental health organisations and fully funded by the Scottish Government launched in 2002. http://www.seemescotland.org.uk/

The Social Care Institute for Excellence site (SCIE) is still running a page about ageing, discrimination and mental health in older people. Access this and information sheets at: http://www.scie.org.uk/publications/elearning/mentalhealth/mh08/index.asp

You can also read the Northern Ireland Association for Mental Health's response to The Commission of the European Communities Green Paper “Improving the mental health of the population. Towards a strategy on mental health for the European Union” (April 2006) http://ec.europa.eu/health/ph_determinants/life_style/mental/green_paper/mental_gp_co062.pdf 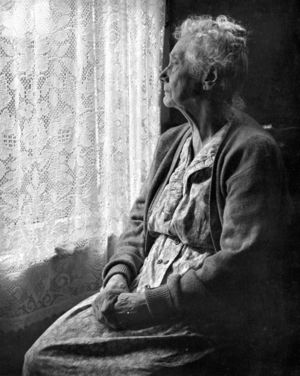