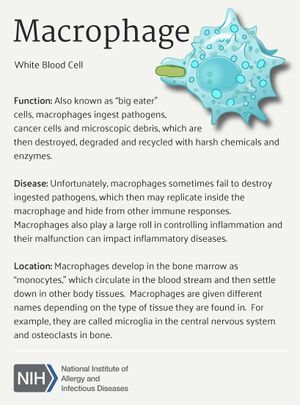 The reticuloendothelial system (RES) is a heterogeneous population of phagocytic cells in systemically fixed tissues that play an important role in the clearance of particles and soluble substances in the circulation and tissues, and forms part of the immune system. Substances that are cleared include immune complexes, bacteria, toxins, and exogenous antigens[1].

The RES: Consists of the phagocytic cells located in reticular connective tissue, primarily monocytes and macrophages. Since phagocytosis is their primary role, mononuclear phagocytic system has been suggested as an alternative name.

Definition: A type of connective tissue characterized by the predominance of reticular fibers made of type III collagen and forming a labyrinth-like stroma (framework) for cells such as lymphocytes.

The composition of the reticuloendothelial system includes

The reticuloendothelial system is also under the leading role of the nervous system and is regulated by chemicals in the body fluids. The state of the cerebral cortex has a great influence on the activity of macrophages in the reticular endothelium.