Ageing and the Cardiorespiratory System

Aging refers to the physiological changes that occur in the human body from the attainment of adulthood, and ending in death. These changes involve a decline of biological functions, and are accompanied by psychological, behavioural, and other changes. Some of these changes are quite obvious, while others are subtle.[1] 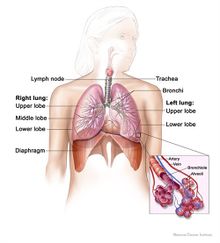 Alveoli coalesce from atrophy and loss of elasticity. Vital capacity is diminished, O2 diffusion impaired and respiratory efficiency reduced. There is reduction of sensitivity and efficiency of self-cleansing mechanism as bronchial epithelium and mucous glands degenerate. Arterial oxygen tension falls from 95mmHg (12.7kPa) at age 30 to 75mmHg (10kPa) at age 60.Osteoporosis affects thoracic vertebrae and rib cage increasing rigidity of the chest wall. There is reduced elasticity and calcification of costal cartilages, weakness of intercostals and accessory muscles of respiration resulting in impairment of functional reserve capacity (clinical evidence is minimal unless evoked by illness). Compliance changes little because the rise to be expected from diminished elastic recoil is offset by increased lung stiffness (fibrosis) and loss of flexibility in chest wall. 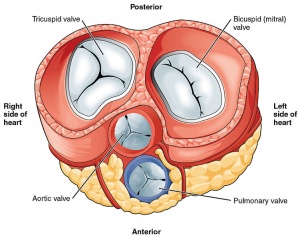 Aorta – loss of elasticity plus hyperplasia leads to dilation and unfolding that may obstruct venous return.

Cusps of heart valves degenerate, with murmurs more detectable, although not necessarily significant.

Myocardial changes – lipofuscin deposits, myocardial fibrosis and amyloidosis. Atrophy and fibrosis of media, intimal hyperplasia in coronary arteries. It is accepted that:

Atheroma incidence increases with age, probably promoted by hypertension and cigarettes. Mental confusion and profound weariness should raise suspicion of heart disease in older people. They are often more prominent than angina pain or even breathlessness because of restricted activity.

In people with heart failure, you will need to watch positioning, as they may not tolerate the supine position. Be aware, when treating a chest condition, of the signs and differences between cardiac failure and a chest infection, as we are limited in what we can do with the former complaint compared to the latter.

Circulation- It is important to consider the person’s general sensation and circulation , especially in conditions such as intermittent claudication, neuropathy, Raynaud’s phenomena, and ulceration.

Decreased exercise tolerance and increased fatigue can be secondary to these changes. Your assessment must ascertain the person's prior level of function, so that they can set appropriate goals and progress in a timely fashion. This should also take into account any growing fears, whether chest or heart related, as either will make the individual breathless and anxious about the effect of exercising. You may need to have heart or saturation monitors available during treatment, or at the very least, medications such as GTN spray for angina attacks or inhalers for relief of bronchospasm with chronic respiratory conditions. If conducting a Cardiac Rehabilitation class, ensure you know who is at hand with CardioPulmonary Resuscitation experience.

Watch the work of breathing- it is an indicator of exertion, and ensure adequate recovery time with treatments, whether rehabilitation or of an acute chest problem. There may be an element of acute confusion in those with hypoxia. You may find those with a chronic chest have developed their own coping strategies for breathlessness; don’t ignore these or try to alter them straight away.

Ageing and the Cardiorespiratory System