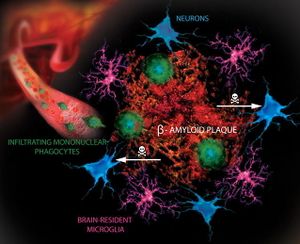 Amyloidosis is a heterogeneous disease that results from the deposition of toxic insoluble beta-sheet fibrillar protein aggregates in different tissues, resulting in disruption and impairment of organ structure and function. Amyloidosis affects multiple body organs and systems.[1][2][3]

Amyloidosis can be acquired or hereditary. The disease can be localized or systemic. Amyloid can accumulate in the liver, spleen, kidney, heart, nerves, and blood vessels, causing different clinical syndromes.[3]

Although awareness about amyloidosis has improved amongst the medical profession over the last decade many patients still experience symptoms and visit numerous specialists (often for months) before receiving a correct diagnosis.[1] 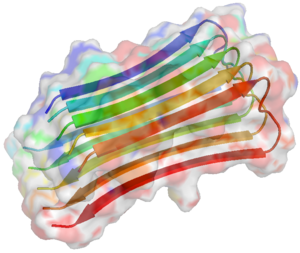 Amyloid is an amorphous, extracellular, insoluble fibrous proteins deposited in various body tissues and organs, giving rise the disease known as amyloidosis. One of its' characteristics is a β-sheet-rich secondary structure. The word “amylon” was first used in 1834, to describe the waxy starch in plants. In 1854 the word “amyloid” was coined to describe tissue deposits that stained like cellulose when exposed to iodine.[3]

The protein abnormalities of almost all common neurodegenerative diseases have some characteristics of amyloid. In neurodegenerative diseases, amyloid-like filamentous aggregates are mostly within the cytoplasm of neurons and glia. Extracellular deposits of amyloid can be found in the brain parenchyma as plaques or in the walls of blood vessels as amyloid angiopathy. eg  Gerstmann–Sträussler–Scheinker disease, Creutzfeldt–Jakob disease, and Alzheimer’s disease are all Amyloidoses[6] 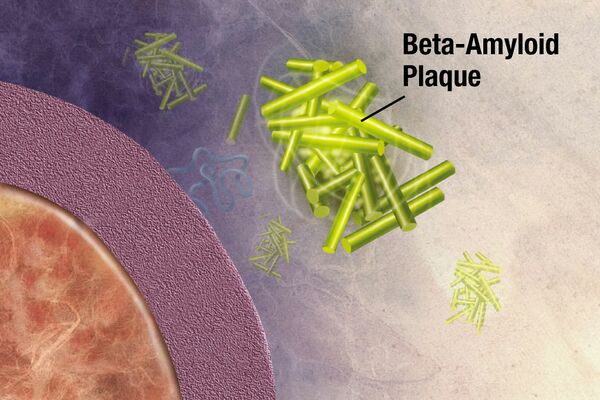 Enzymes act Amyloid precursor protein and cut it into fragments of protein, one of which is called beta-amyloid and its crucial in the formation of senile plaques in Alzheimer

A lot of evidence supports the mechanism by which amyloid accumulation in the brain increases the risk of Alzheimer’s disease. 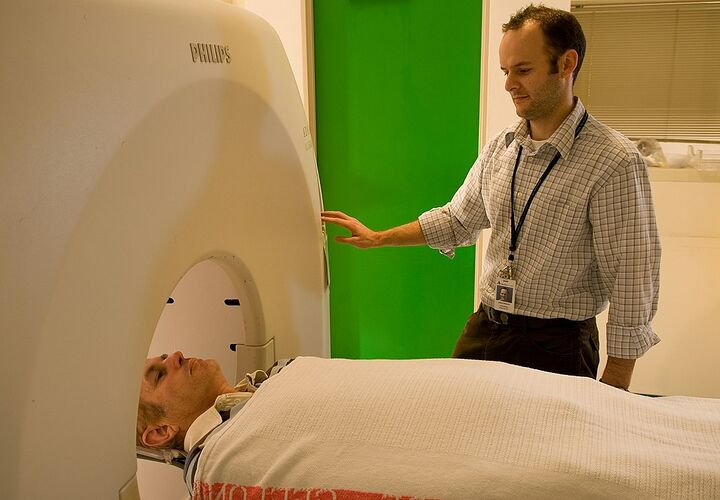 Alzheimer's disease is characterised by very high levels of beta-amyloid in the brain. PiB PET can show the beta-amyloid in the brain. AIBL researchers have shown that this scan can be used as a diagnostic tool to potentially distinguish patients with early Alzheimer's disease from others without the disease, even before clear signs of memory loss are present.

In recent years, drugs targeting the accumulation of amyloid have shown potential for future treatment, and beta amyloid is an important drug target for the treatment of AD.[7]