The talus is the second largest bone in the hindfoot region of the human body. Responsible for transmitting body weight and forces passing between the lower leg and the foot.

Talus fractures comprise about 1% of all foot and ankle fractures.

Nearly 70% of ankle injuries can cause varying degrees of chondral and osteochondral injuries to the talus.

It is important to be aware of the occurrence of both isolated and associated talar injuries and their extent of clinical and potentially long-term implications.[1] 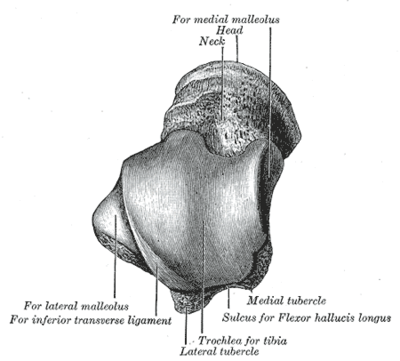 The talus is an incredible bone; despite its small size, it transmits considerable force during the normal gait cycle and even more significant force during impact activities. 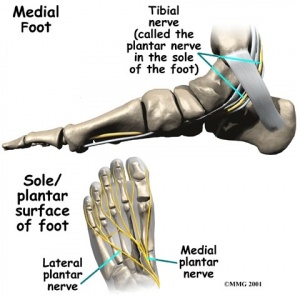 Fractures of the talus have a high risk of developing AVN due to its inherently tenuous and limited blood supply. 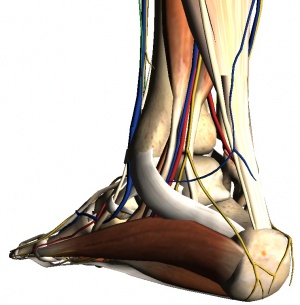 Through the subtalar joint, the talus maintains the medial and lateral longitudinal arches. Pes Planus occurs when there is an alteration of talus morphology of the articular facets, the biomechanics of the subtalar joint change, which can lead to pes planus. [1]

Osteochondral defect of the talar dome

Os trigonum syndrome refers to pain posterior of the ankle and reduced plantarflexion caused by “the nutcracker-phenomenon”. When an os trigonum is present, this accessory ossicle together with surrounding soft tissues can become wedged between the tibia, talus and calcaneus. This can lead to inflammation of the involved structures. [4][5][6]