The glymphatic system is a recently discovered macroscopic waste clearance system that utilizes a unique system of perivascular channels, formed by astroglial cells, to promote efficient elimination of soluble proteins and metabolites from the central nervous system. Besides waste elimination, the glymphatic system may also function to help distribute non-waste compounds, such as glucose, lipids, amino acids, and neurotransmitters related to volume transmission, in the brain.

The glymphatic system function mainly during sleep and is largely disengaged during wakefulness. The biological need for sleep across all species may therefore reflect that the brain must enter a state of activity that enables elimination of potentially neurotoxic waste products, including β-amyloid. 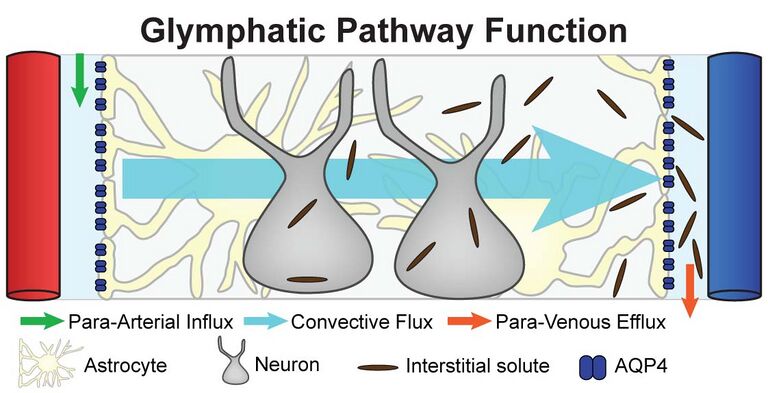