Gait Speed as an Objective Measure 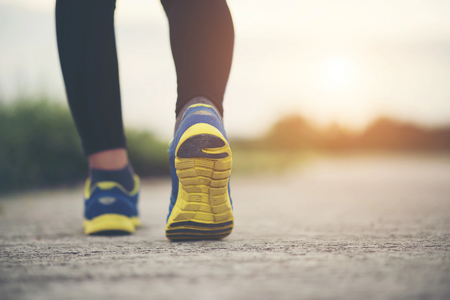 The speed at which a person walks can be influenced by a number of factors, both voluntary and involuntary, and marks a functional skill that underpins a majority of the tasks that are essential to a person’s ability to function on a daily basis.  Given this, walking speed, which is more commonly referred to as gait speed in the clinical setting, is a metric that is extremely valuable for practitioners when examining aspects of functional mobility in their patients.  Additionally, given its ability to be influenced by multiple body systems (i.e. central nervous system, musculoskeletal system), gait speed is often used as a predictor of overall health and function, especially in older adults.[1]

Gait speed has been considered by some to be a "Vital Sign," much like blood pressure and heart rate, and it's predictive ability has been linked with a myriad of common outcomes including hospitalization, fall risk, cognitive decline, disability, and mortality.[2]

The objective of this page is to provide an overview of gait speed, methods of measurement, and implications for clinical practice. Please note that this page pertains specifically to gait speed as a measured value and not tests such as the 10-Meter Walk Test, whose results are recorded as a gait speed.

Gait speed can be measured in pretty much any population, but it is most commonly used as a predictive measure in the older adult population.[2]

Gait speed at it's simplest form is a function of how long it takes a person to travel a given distance. As such, speed is determined by the following equation:

Given this, any procedure with can supply these two variables (distance and time) can yield a gait speed for the chosen testing circumstances. This results in many variations of how gait speed is measured, with no one set methods used across the board.[2]

Certain parameters can be of interest when looking specifically at how gait speed is measured, and there have been many suggestions regarding the standardization of procedures. Mehmet, Robinson, and Yang[2] performed a systematic review of approximately 50 studies looking specifically at the methods of measuring gait speed between investigators. Below are components they looked at and the the variations they found:

Given the wide variation in protocol and measurement methods, Mehmet, Robinson, and Yang[2] suggest the following standard procedure for determining gait speed:

The following video depicts the general structure and execution of a test measuring gait speed.

Typical gait speeds based on age:[4]

Given the variability in procedure and applicable populations, data regarding reliability is often determined with regard to specific populations or modes of determining gait speed.

Similar to reliability, validity is also quite specific to particular populations and given testing parameters.