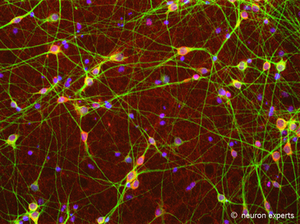 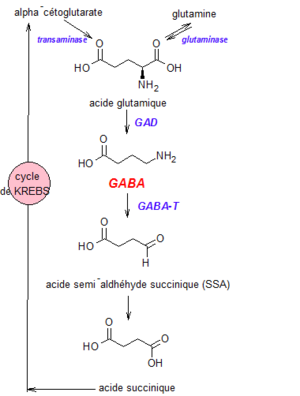 GABA is a naturally occurring amino acid that acts as a neurotransmitter in brain and spinal cord. Like other amino acids, it has a carboxylic (-COOH) group and an amino group (-NH3). It is a derivative of glutamate, a non-essential amino acid that is abundantly present in the body. 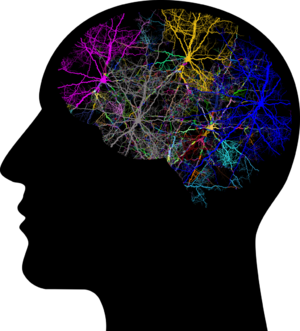 Low levels of GABA in the brain may play a role in stress disorders, anxiety disorders, and sleep disorders eg insomnia. GABA is made naturally in your brain, but it is also present in some foods and in bacteria. Supplements of GABA have been produced from fermenting bacteria. Because the idea of a natural brain tranquilizer is appealing, supplements are widely available and they claim to help people sleep and reduce stress or anxiety. However more studies are needed before any inferences can be made about the efficacy of oral GABA consumption on eg stress and sleep. Results to date show that there is limited evidence for stress and very limited evidence for sleep benefits of oral GABA intake[4].

Decreases in concentration of GABA have been reported in a number of clinical scenarios, including:

GABA analogs were designed because it is difficult to administer GABA itself (previous attempts at developing an intravenous or oral GABA drug have been unsuccessful). These help to restore levels of GABA. GABA analogs may be used to treat certain conditions associated with rapid nerve firing. Examples include:

GABA is the “primary inhibitory neurotransmitter of the brain”. However exceptions are being found on a regular basis) eg Neurons in the striatum release GABA that inhibits the action of neurons in the globus pallidus. These neurons normally inhibit areas of the thalamus that are necessary for movement but when they are inhibited the thalamus is essentially freed up, allowing us to move.[7]