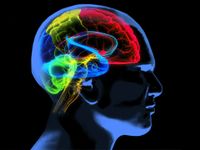 "Adult neurogenesis" refers to the ability of the central nervous system (brain and spinal cord) to generate new neurons in adulthood called adult generated neurons[1]. This is as differentiated from "neurogenesis" typically used to describe the processes of neuronal generation that occur during the prenatal (embryonic and fetal) period extending in to the early years of postnatal life.

Back in the 1800s and the first half of the 20th century, scientists and scholars believed that development of new neurons only occurred early in life and would cease at some point during development, so that no new neurons could be formed in the brain or spinal cord after this 'critical age'[2]. Some scientists back then disputed this as fact but had no means of disproving the widely accepted notion, the non-availability of advanced equipment back then and less advanced scientific investigation and laboratoty techniques meant this notion would go unchallenged for a very long time.

In the 1960s, some very brave scientists began to use the more advanced techniques of that time to demonstrate that some mitotic figures could be identified in the brains of adult birds. This generated a lot of interest and a shift of focus was made to the mammalian species which were considered to be more advanced species and closer to the human being. adult neurogenesis was discovered in progressively higher orders of the mammalian species from the rodents (laboratory rats and mice) to the primates such as chimpanzees and monkeys. In 1998 a scientist by the name of Peter Ericksson and his team were the first to conclusively demonstrate that adult generated neurons could be identified in the human brain as well[3]. Two areas have been consistently identified across all species studied to date, which are the subgranular zone of the hippocampus (hippocampus is responsible for spatial memory) and the subventricular zone of the lateral ventricles (the area from which neurons migrate to form the cerebral hemispheres and cerebral cortex in the embryonic and fetal periods)[4].

Immense interest has been generated around this area, now that adult neurogenesis is known to be a fact, focus has shifted towards determining the factors that affect adult neurogenesis (increase or decrease it rate of occurrence) and the functions of these adult generated neurons. Interstingly it has been shown that such factors as physical exercise, living in an environmentally enriched area and mentally challenging tasks among other things improve the rate of production of new neurons in the adult hippocampus as well as increase the longevity of these newly generated neurons[5][6]. In the same vein, scientists have managed to demonstrate that laboratory animals in which the rates of neurogenesis had been increased by such means as physical exercise performed better at tasks such as learning a new skill or spatial navigation in a novel (new) environment[7]. Incidentally, elevated levels of adult hippocampal neurogenesis have been observed in adults with neurological insults and diseases such as stroke (CVA), Alzheimer's disease, Parkinson's disease and dementia amongst others[8]. These diseases are characterised by death and destruction of neurons and the elevated levels of neurogenesis are hypothesised to be the body's own way of trying to replace the neurons that would have been lost.

Considering that physical exercise and environmental enrichment will improve the levels of adult neurogenesis, physiotherapists can augment the body's own regenerative capacities by working with patients with neurological diseases to promote activities that enhance hippocampal neurogenesis. Ways to acheive this include:
1. Promote a healthy lifestyle - eat healthy, avoid the use of drugs. The use of drugs such as methamphetamine decreases the rate of neurogenesis and decreases cognitive functions [9]

2. Develop an exercise regime as part of the treatment programme for neurological patients The youtube shows why physiotherapy and exercise prescription have an important role.

3.Promote a healthy lifestyle and regular exercise amongst all senior clients and all other clients too!