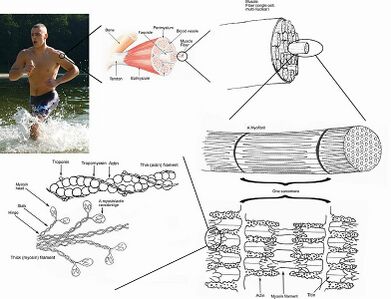 The three types of muscle fibres are slow oxidative (SO), fast oxidative (FO) and fast glycolytic (FG). Most skeletal muscles in a human contain(s) all three types, although in varying proportions. In addition, muscle fibers can adapt to changing demands by changing size or fiber type composition.

This plasticity serves as the physiologic basis for numerous physical therapy interventions designed to increase a patient's force development or endurance. Changes in fiber type composition also may be partially responsible for some of the impairments and disabilities seen in patients who are deconditioned because of prolonged inactivity, limb immobilization, or muscle denervation.[1]

Skeletal muscle fibers can be classified based on two criteria: 1.How fast do fibers contract relative to others. 2 How do fibers regenerate ATP[2].

Type I fibers (SO). These fibers have a rich capillary supply, numerous mitochondria and aerobic respiratory enzymes, and a high concentration of myoglobin. Myoglobin is a red pigment, similar to the hemoglobin in red blood cells, that improves the delivery of oxygen to the slow-twitch fibers. Because of their high myoglobin content, slow-twitch fibers are also called red fibers.[3]

The fact that SO fibers can function for long periods without fatiguing makes them useful in maintaining posture, producing isometric contractions, stabilizing bones and joints, and making small movements that happen often but do not require large amounts of energy. They do not produce high tension, and thus they are not used for powerful, fast movements that require high amounts of energy and rapid cross-bridge cycling.[3] 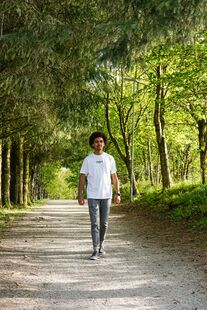 Type 2A (FO) fibers are sometimes called intermediate fibers because they possess characteristics that are intermediate between fast fibers and slow fibers. They produce ATP relatively quickly, more quickly than SO fibers, and thus can produce relatively high amounts of tension. They are oxidative because they produce ATP aerobically, possess high amounts of mitochondria, and do not fatigue quickly. However, FO fibers do not possess significant myoglobin, giving them a lighter color than the red SO fibers. FO fibers are used primarily for movements, such as walking, that require more energy than postural control but less energy than an explosive movement, such as sprinting. FO fibers are useful for this type of movement because they produce more tension than SO fibers but they are more fatigue-resistant than FG fibers.[3]

Type 2B (FG) fibers primarily use anaerobic glycolysis as their ATP source. They have a large diameter and possess high amounts of glycogen, which is used in glycolysis to generate ATP quickly to produce high levels of tension. Because they do not primarily use aerobic metabolism, they do not possess substantial numbers of mitochondria or significant amounts of myoglobin and therefore have a white color. FG fibers are used to produce rapid, forceful contractions to make quick, powerful movements. These fibers fatigue quickly, permitting them to only be used for short periods[3].

Note: Type IIb muscle fibers are actually type IIx fibers. So keep this in mind when you find yourself reading further about muscle fibers.[4] 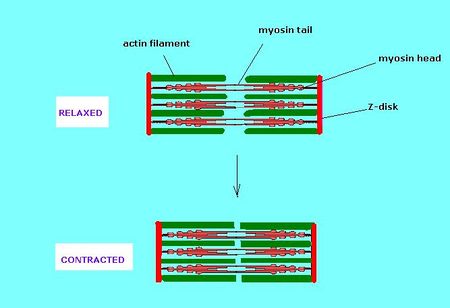 The speed of contraction is dependent on how quickly myosin’s ATPase hydrolyzes ATP to produce cross-bridge action. Fast fibers hydrolyze ATP approximately twice as rapidly as slow fibers, resulting in much quicker cross-bridge cycling (which pulls the thin filaments toward the center of the sarcomeres at a faster rate).[2]e 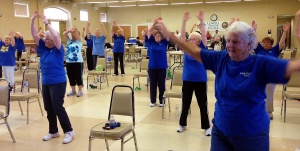 Age-related loss of muscle mass results primarily from a decrease in the total number of both type I and type II fibers and, secondarily, from a preferential atrophy of type II fibers. See Sarcopenia. 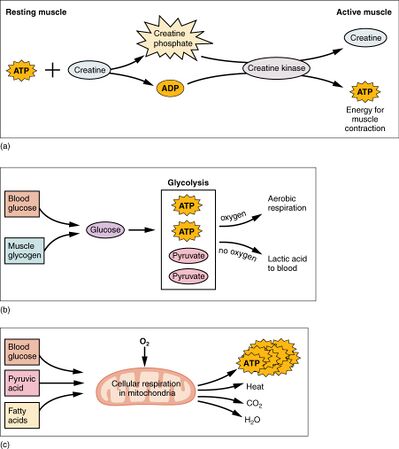 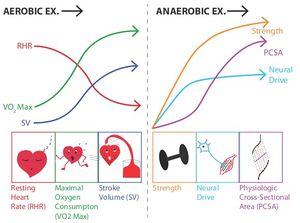