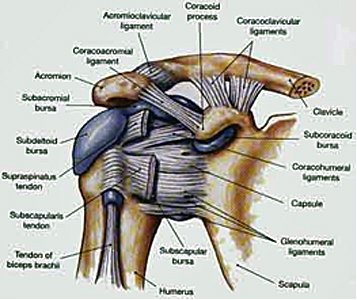 Ligaments are short bands of tough, flexible tissue, made up of lots of individual fibres, which connect the bones of the body together. Ligaments can be found connecting most of the bones in the body. The function of a ligament is to provide a passive limit to amount of movement between your bones. The human body has approximately 900 ligaments.[1]

The image shows the shoulder joint, which has many ligaments.

Skeletal ligaments are defined as dense bands of collagenous tissue (fibres) that span a joint and then become anchored to the bone at either end. They vary in size, shape, orientation and location.

Their unique and complex bony attachments are called insertions and they often involve unusual shapes on the bone that are likely critical to how the fibres within the ligament are recruited as the joint moves.

While the ligament appears as a single structure, with joint movement, some fibres appear to tighten or loosen depending on the bone positions and the forces that are applied confirming that these structures are more complex than originally thought. 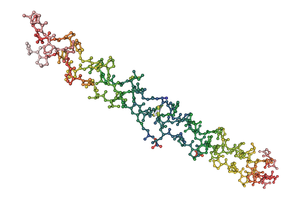 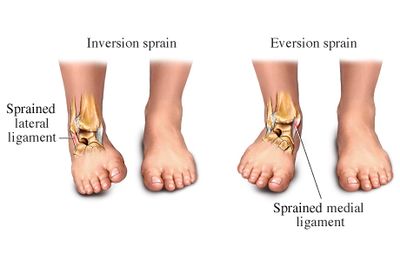 Ligaments are most often torn in traumatic joint injuries that can result in either partial or complete ligament discontinuities. The description below is of a complete tear.

Ligaments heal by a process which includes three phases:

The 3 Grades of Ligament Injury are:

Grade I sprains usually heal within a few weeks. Maximal ligament strength will occur after six weeks when the collagen fibres have matured. Resting from painful activity, icing the injury, and some anti-inflammatory medications are useful. Physiotherapy will help to hasten the healing process via electrical modalities, massage and exercise.

Grade II sprains are more significant and disabling. These injuries require load protection during the early healing phase. Depending on the ligament injury this may include the use of a weight-bearing brace or some supportive taping is common in early treatment (helps to ease the pain and avoid stretching of the healing ligament).

This may commonly take 6 to 12 weeks depending the injury and what sport or activity clients is to resume.

Grade III injury is a very significant injury often requiring an opinion from an Orthopaedic Surgeon to determine whether early surgical repair is required. If surgery is required, your rehabilitation will be guided by your surgeon and physiotherapist.

In non-surgical ligament injuries protection of the injury from weight-bearing stresses is important. The aim is to allow for ligament healing in a short/non-stressful position.  Rehabilitation is be slowly progressed as the ligament repairs and a gradually return to normal activities can occur.

Depending upon the ligament injury full level of activity can take 3 to 4 months or even up to 12 months. Very severe ligament injuries can even take longer. [4] 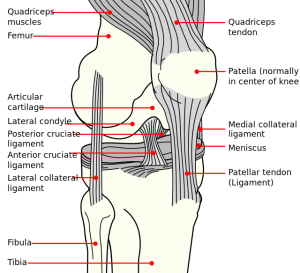 The most common torn ligaments are knee ligaments and ankle ligaments. This is because the joints are weight-bearing and under high stress with any change of direction sports or full contact sports. The shoulder, being inherently unstable, also has a high incidence of ligamant injuries.