The gluteal muscles (buttock muscles) are a muscle group consisting of the gluteus maximus (the largest and thereby strongest muscle in the body), gluteus medius, gluteus minimus and tensor fasciae latae muscles. They are found in the gluteal region, an area overlying the posterior aspect of the pelvic girdle and the proximal part of the femur[1].

Image 1: Rotating image of the anatomy of muscles of the gluteal region. The Maximus (yellow), medius (blue) and minimus (red). 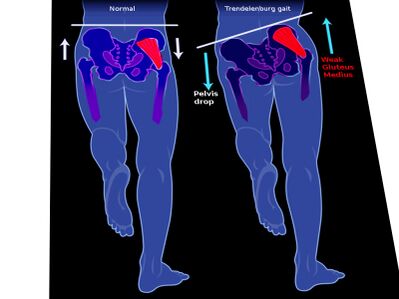 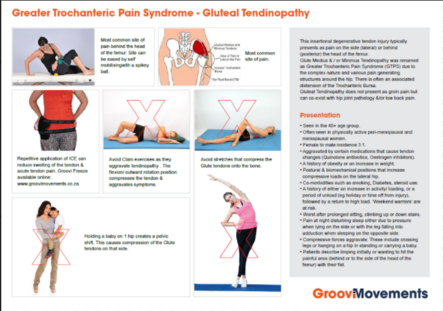 Weak gluteal muscles have been associated with a variety of lower limb issues. It may lead to other muscles or tissues to become overloaded through a cascade of events.eg see below text and links for in depth knowledge 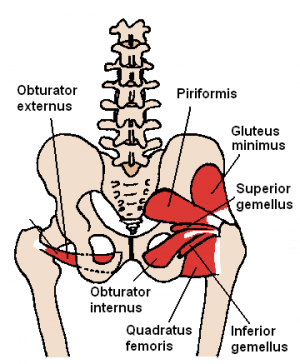 There are also small, deep muscles in the gluteal region called the "deep lateral rotators" 0r "deep six muscles". These muscles largely act to laterally rotate the femur. They  provide stability to the ball and socket joint of the hip. These muscles all originate on the pelvic area and insert onto the greater trochanter of the femur.[6]