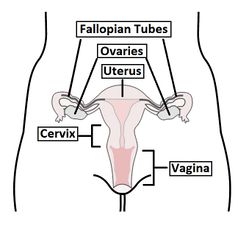 Pelvic inflammatory disease (PID) is an inflammation of the female upper genital tract due to infection that is usually an ascending infection from vagina and cervix to uterine body, fallopian tubes, and may spread to ovaries, it is most common between young, sexually active women, having more than one partner from 15-25 years old. It happens in the case of untreated bacterial infection such as gonorrhea, or chlamydia associated with symptoms varying from mild symptoms need an antibiotic course to severe symptoms that need urgent hospital administration[1]. In other words, it is named as a polymicrobial infection.

Sexually transmitted infection STI is the most common bacterial infection for pelvic inflammatory disease such as neisseria gonorrhea and chlamydia trachomatise bacteria. The natural useful bacteria that normally exist in the vagina and cervix may be a source for PID if there was a previous history of PID, damage to the cervix after childbirth, abortion[2], intrauterine contraceptive device IUCD,
GIT inflammatory conditions like; appendicitis, colitis can spread through the lymphatic extension causing perisalpingitis.

PID symptoms vary from mild in most cases to sever in others, symptoms with chlamydia infection less in severity than those with N gonorrhoea. Majority of women with mild PID symptoms (silent PID) may develop one or more of the following symptoms, these symptoms are general and not specific for pelvic inflammatory disease: 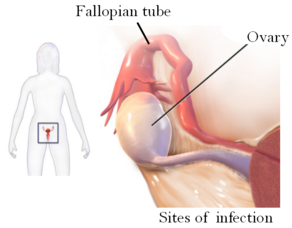 Patients with mild symptoms treated with an outpatient regimen and they advised stopping the sexual activity until they finish the course of treatment. The sexual partner should also be examined even if he is asymptomatic. An asymptomatic untreated partner will transmit STI.

Pregnant patient, suspected pelvic abscess, severe illness, patients who can tolerate the outpatient regimen, and patient with no improvement with 72 hours from starting the antibiotic course all those will need hospitalization.

CDC guidelines for the treatment of PID:

The treatment starts with a broad spectrum of antibiotics. women who experience one or more of the following in examination will need t start the treatment; adnexal tenderness, uterine tenderness, and cervical motion tenderness. 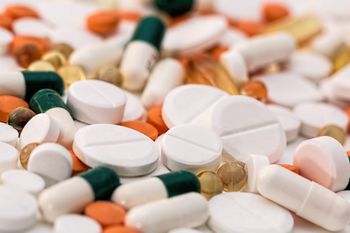 Clindamycin 900 mg IV every 8 hours plus gentamicin loading dose IV or IM (2 mg/kg of body weight) then followed by (1.5 mg/kg) every 8 hours.

In patients with TOA surgical excision combined with antibiotics, will be needed according to the size of the abscess, when the rupture of an abscess is suspected immediate intervention will be needed as this considers a cause of morbidity in this situation.

CDC: Guidelines for Prevention and Management