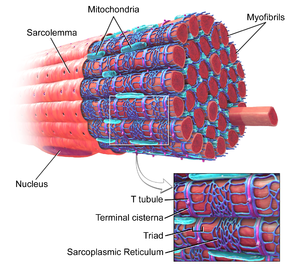 Myofibrils shown in a Myocyte

The myofibrils are made up of thick and thin myofilaments, which give the muscle its striped appearance. The thick filaments are composed strands of the protein myosin, and the thin filaments are strands of the protein actin, along with two other muscle regulatory proteins, tropomyosin and troponin. Under the influence of adenosine triphosphate (ATP), actin and myosin form a contractile compound, actomyosin, which is required for muscle contraction. 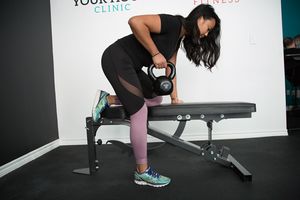