A metatarsal stress fracture is when a metatarsal bone of the foot experiences a crack or break due to biomechanical stresses applied to the tissue. This can take place in multiple metatarsals at the same time and can be at the head, shaft or base of the bone.  Theses fractures are very common in athletes such as runners, basketball players, and ballet dancers, and soccer players.  They are also more common in adolescents as their bones are still developing. The metatarsals bear most of the body’s weight while walking and running, subsequently, the repetitive, submaximal loading of a bone, leads to microfractures which are unable to heal due to bone resorption and bone formation imbalances, causing a stress reaction leading to fractures[1].

Biomechanically, there are different forces that could lead to these fractures; tension, compression, shear, and torsion.

The most common way to fracture the metatarsal is when shear forces are acting on the bone. In comparison to the other types, metatarsals are most vulnerable to shear forces[2]. The fifth metatarsal the most susceptible bone to these shear forces. This combination puts the fifth metatarsal at the highest likelihood of fracture – 59%[3]. Stress fractures of the medial malleolus are generally found in athletes involved in running, jumping, and kicking sports[1].

While running, there are increased shear forces on the first and second metatarsals. The fixed bases and proximal hinged metatarsophalangeal joints create a bending moment at the proximal diaphysis during the stance phase of gait. A relatively long second metatarsal and an excessively mobile first ray (Morton foot) increase this force even further[1].

Additionally women have a higher middle forefoot loading force than men[4]. These anatomical and biomechanical characteristics may play a role in the development of stress fractures in runners.

Fractures like this are very often found in basketball players while running and jumping. When they experience repetitive tensile forces or sudden tensile forces, this could lead to a stress fracture[1].

Clinical studies show distal metatarsal stress fractures are initially treated conservatively with activity modification for 6 to 8 weeks with gradual return to sports when asymptomatic. Use of orthotics like stiff-soled shoe, walker boot, or short leg walking cast along with midfoot taping has also proved beneficial[5].

Repetitive compressive forces can lead to stress fractures and these ones are oblique in nature. The second and third metatarsals are most at risk during ballet in the en pointe position due to the locking of the second metatarsal base and cuneiforms in extreme plantar flexion . The strain caused by this on the ligaments and bones of the foot, especially around the Lisfranc – tarso-metatarsal joints. When dancing en pointe, the centre of gravity gets shifted more anteriorly to the shaft of the metatarsals, which puts more compressive forces on the metatarsals. When these forces are sudden or they are repetitive – where the muscles and bones are not strong enough yet – this could lead to a stress fracture[6]. 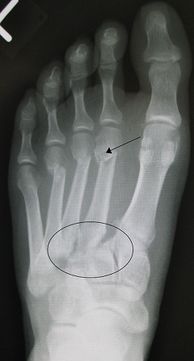 Figure 2. Lis Franc Fracture to the second and fourth metatarsal[7]

Studies show successful return to dancing at a mean 4.6 weeks and return to full pointe at a mean 18 days later without subsequent pain or nonunion, when treated with medium energy external shock wave and ultrasound and a period of 3 to 5 weeks of weightbearing rest[6]. Nonsurgical management with non-weightbearing or weightbearing in a regular shoe or short leg cast showed great improvement and surgical treatment of nonunion often include drilling procedures and open reduction internal fixation[8].

Torsion can also cause stress fractures. It was found that the insertions of peroneus longus and peroneus tertius induce strain on the fifth metatarsal. Due to their position, there is torsion created on the metatarsal. When the metatarsal is exposed to these forces repetitively, it leads to a stress fracture[9]. This particular fracture happens at the base of the fifth metatarsal and is known as a Jones’ fracture[10] and commonly found in basketball and soccer players. 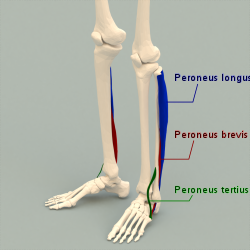 There are studies that show correlations between decreased muscular strength and increased chance of fracture[11]. If the muscles are strong and flexible, it improves the foot stability and allows them to stretch enough without tearing. A study with soccer players showed that those who had less toe grip strength were significantly more prone to stress fractures[12]. The metatarsals can only sustain a certain amount of load depending on the strength of the muscles surrounding them as well as the bones itself. These muscles include flexor hallucis longus, flexor hallucis brevis, flexor digitorum longus, flexor digitorum brevis, and the lumbricals[13].

Metatarsal stress fractures can occur over time or due to sudden force. Different forces lead to distinctive fractures. While these can happen to anyone, they are more likely to emerge in the athletic population as they experience more strain than people performing daily activities. These fractures have been found to transpire in people who have weaker muscles and consequently there is not enough support given to the metatarsals and they are more liable to stress fractures. Education and risk factor modification/optimization play a key role in prevention of these fractures.