Comparisons of levels of Physical Activity [PA] between different countries were not possible until a decade ago (prior to this there were no standardised instruments suitable for this use)[1]. Early methods of classifying levels of PA tended to use either occupational classifications or estimations of leisure-time physical activities[2][3]. 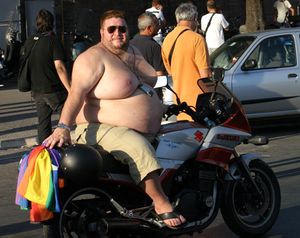 Sedentary behaviour, (time spent sitting) has only recently been identified as a public health issue[6].

Changes in the environment and in society have (and will continue to) major effects on population levels of PA[7].

In June 2018 the World Health Organisation [WHO] launched its new "WHO Global action plan on physical activity and health 2018-2030: More active people for a healthier world." [14]

The report highlights: "Worldwide, one in five adults, and four out of five adolescents (11-17 years), do not do enough physical activity. Girls, women, older adults, poorer people, people with disabilities and chronic diseases, marginalised populations, and indigenous people have fewer opportunities to be active."

The action plan notes that "Non-Communicable Diseases (NCDs) are responsible for 71% of all deaths globally, including for the deaths of 15 million people per year aged 30 to 70."

The action plan on PA shows how countries can reduce physical inactivity in both adults and adolescents by 15% by 2030.

It proposes four strategic objectives to be pursued by countries:

To meet these objectives, 20 policy actions are proposed, which encourage more active societies through improving the environments and opportunities for people of all ages and abilities to do more walking and cycling both as a means of Active Transport, and as leisure activities, plus increase in sport and other active recreational activities.