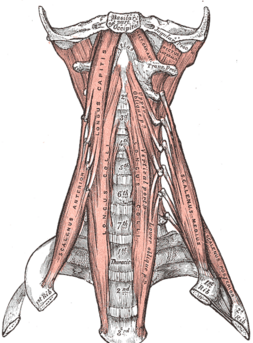 The deep neck flexors (or prevertebral cervical muscles) are the equivalent of the core for the neck. Despite their small size they are the most important antagonists of the large cervical spine extensors. They play an enormous role in the connection and stabilization of the cervical column and the skull. 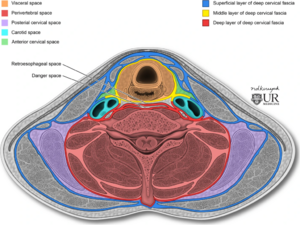 The Deep cervical flexors include: 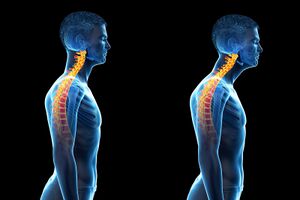 Neck core strength is often overlooked. For prevention of neck pain, injury prevention and improving posture these muscles play a vital role. These small muscles if dysfunctional often are the cause of eg cervicogenic headaches. As with any other part of the body, part of rehabilitation is to re-strengthen the injured area, in this case with craniocervical flexion exercise (CFE). Deep neck flexor training can also help to reduce headaches. This exercise programme is discussed in more detail here. 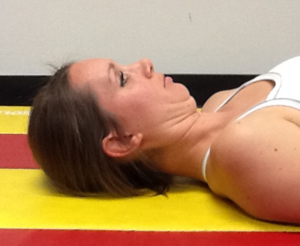 Activation of the deep neck flexors helps maintain the natural lordosis of the cervical spine. Injury to the cervical region, or extended periods of time at a desk can cause these muscles to become underactive[6].

The exercises below helps re-activate these muscles if done correctly.

In summary it describes a chin retraction exercise for neck pain that works on the local stabilising the deep neck flexors.