Biomechanics of the Thorax

Biomechanics is an area of science that uses principles of physics to measure and study, how forces interact with and affect living body[1]. These forces could be Internal i.e. within the body or External i.e. outside the body.

To understand the biomechanics of thorax we will need to study the basic anatomy, joint articulations, muscles associated in the thorax along with kinematics of the rib cage.

The thorax is formed by the thoracic vertebrae ,the ribs and the sternum. 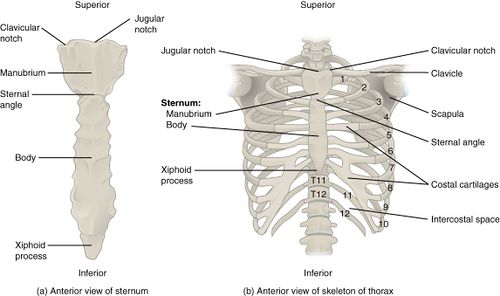 It has two main functions,

The main three structures mentioned above work in a coordinated motion in thorax to produce respiration.

It is like a compartment sealed by various structures from each side.

The motion of the ribs in conjunction with sternum and thoracic vertebrae helps produce the movements of respiration. These consist of inspiration and expiration. Thoracic kinematics consists of understanding the changes in intrathoracic volume during ventilation. These occur due to complex, synchronized activity of the ribs along with sternum and primary muscles of respiration. It is determined by[2]

The kinematics involved in the thorax can be further classified into[1], 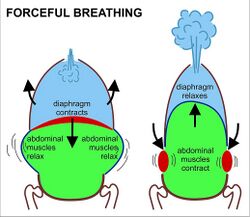 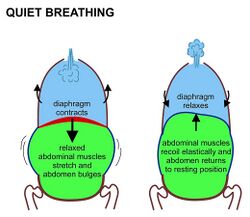