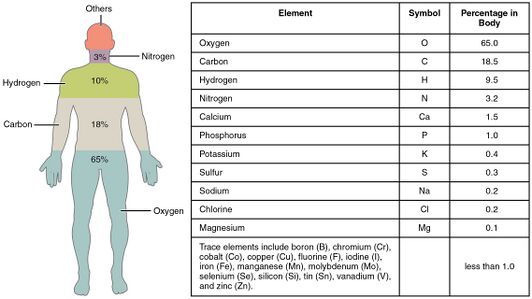 Oxygen is a vital gas, responsible for life on earth. It generates energy and supports the life of almost all the living organisms. In order to survive, all of our cells need oxygen. Three processes are essential for the transfer of oxygen from the outside air to the blood flowing through the lungs: ventilation, diffusion, and perfusion

Image 1: The main elements that compose the human body, by mass percent, are shown from most abundant to least abundant element. The atomic fractions (fractions of atoms) are different due to differing atomic weights. As in water, oxygen contributes the most mass, but hydrogen is the most common atom. 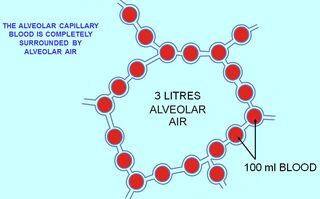 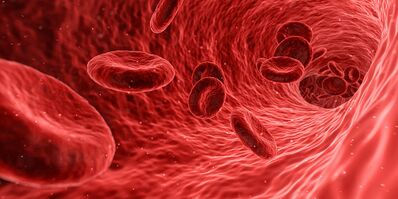 Hemoglobin (Hgb or Hb) is the primary carrier of oxygen in humans. Approximately 98% of total oxygen transported in the blood is bound to hemoglobin, while only 2% is dissolved directly in plasma.

The primary function of the cardiorespiratory system is to ensure that all metabolically active tissues are adequately oxygenated at all times. Hypoxemia and hypoxia may result when these systems fail and represent major immediate threats to organ function and patient survival.[3]

The oxygenation process can be categorized into three stages: oxygenation, oxygen delivery, and oxygen consumption.

Oxygen supports our life oxidising food to create energy and heat for our bodies. Certain types of altered oxygen molecules called "Free Radicals" which are ever-present in our bodies and will damage our own cells and even our DNA, causing degeneration and diseases such as cancer.