Musculus splenius capitis is one of the deep (or intrinsic) muscles of the back. It is a broad strap-like muscle in the back of the neck. Deep to Sternocleidomastoid at the mastoid process.[1] 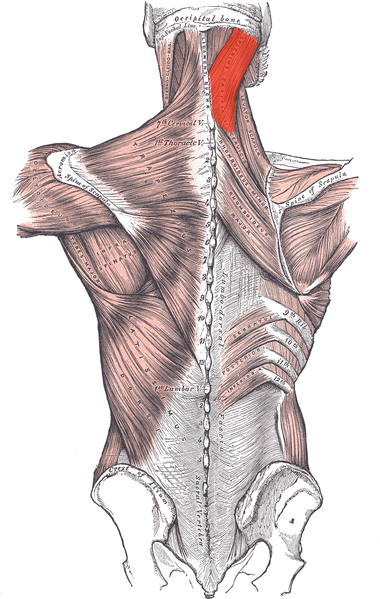 Muscular branches of the occipital artery from the external carotid artery. [2]

Effective management of neck pain should include exercises that focus on activating Semispinalis Cervicis as well as stretching and myofascial release of the splenius capitis .