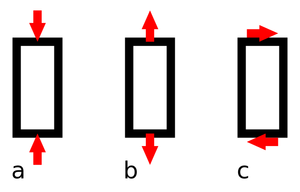 Since pain can arise from many different causes, there is an association between sacroiliac joint pain and many other different conditions. Sacroiliac joint dysfunction is another source of pain developing in that area. The line of gravity for body mass relative to the location of the SI joints is affected by posture. For example, in a lordotic posture, the line of gravity for body mass shifts anteriorly compared to a neutral posture. Moving the gravitational line of action anteriorly increases a moment encouraging an anterior tilt of the pelvis. This positioning increases the load placed on the SI joint. Sacroiliac joint dysfunction has been shown to have a correlation to what is known as Lower Limb Length Discrepancy. This condition is recognized when an individual’s lower limbs have a noticeable difference in length. This different in lower limb length showed to cause an increase pain in the sacroiliac joint region. In the literature article written by Kiapour et al. in 2012, the study conducted showed the mechanism by which lower limb length discrepancy impacted forces acting upon the sacroiliac joint. This study used finite element analysis, which is a computerized method to model the element we are studying and predict its reaction to applied forces. Using the computerized model, the right limb was lengthened to three different lengths. At the same time, a load and a moment were applied on lumbar spine in order to mimic many different movements. The results were explained using two parameters, the contact load and the load distribution (or the stress). In the case with the highest leg discrepancy (most lengthening), the long limb indicated higher stress levels compared to no long limb discrepancy. In addition, it is important to note that a higher contact load does not indicate a higher stress. The reason to that is because stress equals to the distribution of load upon the contact area in the sacroiliac joint. If the lengthened leg was to be shortened this would reduce the stress on the SIJ due to the lower applied force and thus decrease the risk of pain and maybe even injury [4]. Furthermore, it is has been indicated that Sacroiliac Joint Dysfunction, can ultimately lead to Low Back Pain. Due to the reason that the trunk weight travels through both sacroiliac joint, when these is pain in these joint due to a degeneration, then it impacts the laxity of the joints. The laxity of the joint impacts the loading upon those two joints and can increase the shear forces acting upon the sacroiliac joint and thus the lumbar back [5].