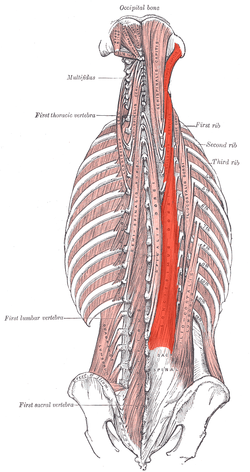 The longissimus muscle is a long intrinsic muscle of the back. Along with spinalis and iliocostalis, these three muscles comprise the erector spinae group. Longissimus is the longest, thickest and most central erector spinae muscle.

The longissimus muscle is not one muscle, but a collection of three separate muscles that run up nearly the entire length of both sides of the spinal column, from the lower back up to the neck. These three muscles include:

The erector spinae muscles, including longissimus, are the most powerful extensors of the vertebral column. Their main actions include spine extension and lateral flexion. Longissimus capitis also rotates the head[2]. 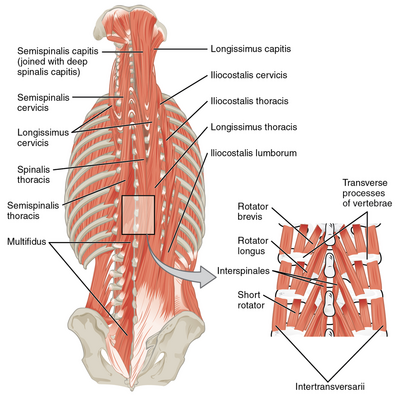 For the 3 muscles of Longissimus see links above.

Nerve Supply: The various parts of longissimus muscle are innervated by branches of the posterior rami of the corresponding regional spinal nerves. 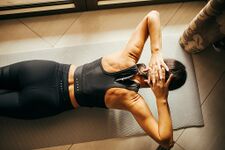 Muscles are the dynamic stabilizers of the spine, including the Longissimus. In their ability to control movement and provide stability, muscles must be seen not as isolated structures, but as part of a chain including ligaments, joints and their capsules, and an intricate neurologic feedback mechanism to coordinate system efficiency. We should take this into consideration when assessing back pain.