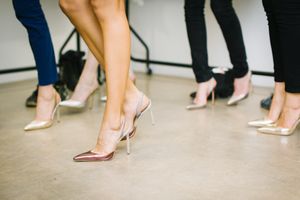 Pain or discomfort can be felt anywhere in the foot. You may have pain in the heel, toes, arch, instep, or insole of the foot[1]. Most women know the pain associated with a long day in shoes in image.

There’s an old saying,
“When your feet hurt, you hurt all over.”

Foot care, in terms of health, remains listed far behind heart, eye, teeth, skin care and nutrition among the health care of different parts of the body[2]. Hence, the epidemiological literature received less attention, in spite of the fact the incidence of foot pain and related problems is very high and common, especially in older population[3][4][5]. However, in a recent American Podiatric Medical Association (APMA) survey 51% of adults reported that although they had restricted activities of daily living due to foot pain, they still had little knowledge about podiatrists and would rather seek care from a primary care physician (PCP). The same survey also revealed that 80% of Americans believed that foot health is fundamental for over well-being and half of them want to know more about podiatrists[2].

Foot pain is a common problem[4][5][6] and one of the common musculoskeletal conditions that is treated by physical therapists[7]. It is highly prevalent in the older population, as one in three people aged above 65 years experience foot pain[4][5][6][8]. Multiple factors may responsible for producing foot pain such as: increased age, gender, ill-fitted footwear, obesity and chronic degenerative diseases. The incidence of footpain in a US national health survey (1990)[9] and the Framingham foot study (2009) have shown 24% and 28% of participants reported generalised foot pain without any obvious underlying pathology, respectively[6]. The more recent survey conducted by APMA (2014) have shown that eight in ten US adults experienced foot problems; including pain as third most common complaint[2]. The Cheshire random community based survey (2004) revealed that 10 percent of the participants between age 18-80 reported “disabling” foot pain[10]. A study held in Northwest Adelaide, Australia indicated that one in five people over age 18 years have reported foot pain with higher prevalence in females[3]. The prevalence of foot pain has also been documented amongst randomly selected Danish (2010) population aged 18-80 years with prevalent rate of 30.4%[11]. In an Asian population, 50% of young urban working women reported recurrent non traumatic foot pain and 68.4% believed that the pain is associated to the footwear they worn at work[4].

There are strong supportive evidences that women are susceptible to have foot pain that may be associated to variety of footwear they use throughout the life span and this may be due to increased weight and a lower pain threshold[3][4][12][13]. Evidence of foot pain experienced by males has been reported in the Framingham study (19%) and an Australian study[3] showed 15% of men reported foot pain.

The foot’s biomechanics alters greatly due to high variation in footwear types, especially among female footwear. The popular summertime flipflops tends to cause heel pain and conditions like overuse injuries of muscle (Tibialis anterior) and toes that have been identified by podiatrists[14]. Furthermore, walking with flipflops resulted in shorter stride, decreased stance time, and smaller ground reaction force (GRF) impulse, and larger ankle contact angle in comparison with running shoes among both genders[15]. Research conducted on children wearing flipflops showed that children have a tendency towards more dorsiflexion, eversion and abduction that predisposes to flat feet in later life[16].

The use of high heels among female population is very common. Biomechanically, the increased heel height significantly causes to decrease trunk flexion angle, increases body center of mass and profound changes in center of pressure. It also reduces walking speed and increases time of contact during stance with shifted GRF[17]. 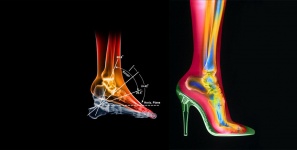 Possible Pathologies Due to Different Types of Footwear

49% of US women wear high heels that is 3” or more and 71 % of total women experience foot pain attributed to high heels[2]. The consequential negative effects of wearing shoes with elevated heels also includes sprained ankles, low back pain, leg pain due to more weight placed on the toes, a shortened Tendo-Achilles, an unstable gait pattern and poor balance, as well as increased energy consumption[18]. It has also been evident that wearing high heels and shoes with pointed toe box to be associated with the development of corns, lesser toe deformity and hallux valgus (bunion)[19].

The shoe toe box (shape and volume) is also significant in terms of producing ill-effects on foot’s health similar to high heels. Decreased volume of toe box causes cramping of the toes that has been linked to produce foot deformities, joint pathologies and forefoot lesions[20]. Development of metatarsalgia, callus formation and higher risk of ulceration under metatarsal heads have also been shown to be related with increased forefoot plantar pressure[13]. A hammer toe deformity can also be observed, where interphalangeal joint become prominent and toes curls downward produces pain and callus because of the irritation caused by footwear[21].

Shoes with pointed toe box significantly produces higher peak pressure at the medial heel area than any other shoe. Hyperkeratotic skin around fifth digit is thought be due to the shoe toe box style. A significant association of 43% have been found between the shoes with narrow toe box and hallux valgus (bunion formation)[13]. 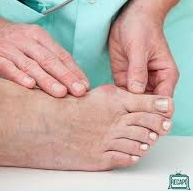 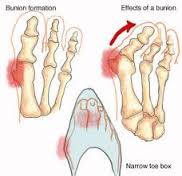 Footwear Choices in Relation to Fashion and Body Image

Many previous studies have given enough evidences that foot wear choices are highly influenced by fashion trends including colour-matching, comfort and brand therefore the problems associated with footwear may vary from different types of footwear and their frequency may be influenced by the period of specific fashion trends[3][8][12][22]. Body image and emotional influences also seem to play a critical role in choosing footwear, especially among females.

It has been found that orthopedic footwear has direct impact on the self-esteem and body image of people who are being prescribed and only 5% of the participants choose to wear prescribed footwear as it feels unattractive to them and they would rather prefer to go with fashion trends. On the contrary, the strong emotional connection has been found between the footwear and body image among the participants who owns high heels and flat ballet shoes, describing their feelings as “content and cheerful”[12].

Amongst footwear choices, high heels and pointed toe box shoes are characteristically two most common footwear that mostly women owned[22]. High heels remains the top notch footwear choices that is evident in literature[2][3][12][18]. In an APMA[2] survey (2014) the average US woman owns nine pairs of high heels. Another study shows that 60% of women owned high heels, sandals and slippers which were categorized as “poor” footwear choices with potential impact on foot health. However, teenagers prefer to have flat ballet pumps for school[12].

It is evidently proven that different types of footwear impacts differently on foot’s health and the prevalence of foot pain has increased comparatively from past years. It may be associated due to higher variation among footwear designs and style. It is also observed that fashion trends and overall body appearance have great significance in making choices of purchasing footwear. There is a need to create awareness among general population to make appropriate footwear choices that fit properly and do not impede normal foot biomechanics.