Sexual health is a condition of well-being that allows both males and females to fully participate in and enjoy sexual activity. It is hormonal dependant and can be affected by physical, mental, emotional, social, or hormonal factors. For some women, it is an important method to conceive her baby. Sexual health as a term was first used by WHO in 1975. Since that time the definition of sexual health continues to develop

In some countries there are still women who feel shame to talk about their sexual health and their associated sexual dysfunction to their health care professionals or may be unaware they have a problem or dysfunction with their sexual activity. Sexual dysfunction refers to different disorders; loss of desire, orgasm disorders, arousal disorder, dyspareunia, vaginismus, or overlapping of more than one disorder.

The sexual response cycle is the physical, psychological, and emotional body response when one is aroused or involved in sexual activity, it is divided into 4 stages:

This classification according to William Masters and Virginia Johnson 1966 was based on physical changes and neglected the emotional/ psychological changes[2], later on, Helen Kaplan 1979 proposed a model and added desire, excitement, and orgasm.

Desire phase, it is the cognitive and emotional state, defined as the interest and enjoyment to be aroused and wanted to have sex. In the mid-20th century is defined it is not necessary to be a spontaneous drive it is unconscious and it happens when there is an arousal response[1].

Management of female sexual dysfunction will be a combination of cognitive behavior therapy[7], psychotherapy, sometimes she will need support from her partner[8] it is important to understand her fear and her problem in addition to medication and pelvic floor rehabilitation. 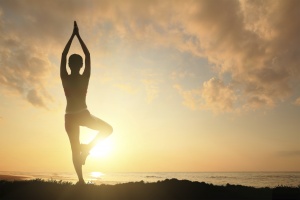 The physical therapy program will rely on the assessment, and internal and external pelvic examination, every woman needs a unique program according to her requirements and complaints. The program will depend on relaxation techniques, deep breathing techniques, stretching nearby tight muscles, stretching and release of pelvic floor muscles (superficial layer, deep layer, or both), internal and external soft tissue mobilization, or yoga as in dyspareunia, vaginismus, or hyperactive pelvic floor muscles (PFM).