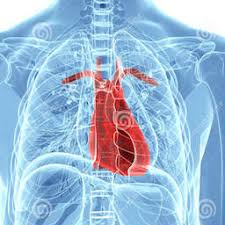 The Cardiac Depression Scale (CDS) was developed for the specific purpose of providing a valid and reliable instrument to measure depression in cardiac patients. The CDS is the only measure for depression derived from responses of cardiac patients. It offers a more responsive and sensitive alternative to other measures that are not always suitable for cardiac patients because they have been developed and validated in non-cardiac populations. The CDS is a 26 item questionnaire, each item requiring a response on a Likert scale from 1 (‘Strongly disagree’) to 7 (‘Strongly agree’), the scale being tagged at each end with an explanatory phrase.

The target population is cardiac patients with diagnosed cardiac diseases. The scale has been tested on following population

Method of Use [edit | edit source]

General Instructions: The test requires no formal training and takes only 5 minutes to administer.The scale is of self report type, so patient is properly instructed to fill the scale ensuring proper scoring.

The Scale: The questionnaire consists of a number of statements about the way patient feel at present.
Next to each statement there is a rating scale from 1 to 7 for patient  to indicate how much you agree or disagree with the statement.

Reliability and Validity: Whilst having 97% sensitivity and 85% specificity for diagnosing major depression, it also assesses the range of less severe ‘reactive’ depression. The interrater and the reliability has not been established. In a validation study done in UK for CDS, a battery of questionnaires (the Medical Outcomes Study Short-Form 36 [SF-36] Health Survey, the Beck Depression Inventory [BDI], the Hospital Anxiety and Depression Scale [HADS] and the Cardiac Depression Scale [CDS]) were used to find out the reliability of CDS.The results demonstrated high internal reliability  (Cronbach's alpha = 0.93) and an acceptable test-retest reliability (0.79). Concurrent validation against the SF-36, BDI and HADS demonstrated strong correlations. It was used in men recovering from CABG surgery. The result of showed Excellent correlation with Beck Depression Inventory (r = 0.751, 0.787, 0.737, 0.819) at baseline, 6, 12, and 36 weeks respectively.