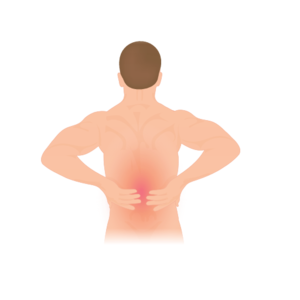 Theories of pain have traditionally been dominated by biomedicine and concentrate upon its neurophysiological aspects, both in diagnosis and treatment. The currently accepted definition of pain by the IASP points to the fact that pain is now being seen as not just a sensory experience but also as an emotional one, which means that the elevation of sensation over emotion within medico-psychological approaches to pain are incomplete.

Previously, scientific medicine viewed the experience of pain as an elaborate broadcasting system of signals and doesn’t see it as being shaped by the individual’s socio-cultural context. This can be seen from the several theories and models proposed to explain the experience of pain before the development of the biopsychosocial model of pain.

Pain is never the sole creation of our anatomy and physiology. Recent research highlights the importance of considering how the social environment impacts on pain,[2] Pain emerges only at the intersection of bodies, minds, and cultures.[3] The sociological basis of pain includes the cultural shaping and patterning of beliefs and responses to pain. Interpersonal ties, support and various features of the social environment have been found to have either negative or positive impacts on an individual's response to chronic pain through changes in the perception of pain, ability to cope and emotional states.[2]

Melzack and Wall developed and refined the alternative model of the Gate Control theory, which hypothesizes that psychological and cognitive variables (heavily influenced by socio-cultural learning and experiences) have an impact on the physiological processes involved in human pain perception and response.[4]

Pain is simultaneously both physical and emotional, biological and phenomenologically embodied and it is mediated by culture. The social context can have very profound effects on the perception and expression of pain. Culture, not only shapes the interpretation and meanings we attribute to pain but also our responses to it. In this respect, the impact of culture affects and informs the experience of pain.[4]

Emotional displays consist of both bodily and cognitive components and are a significant determinant of the way in which a person is evaluated socially, as the deviation from what is ‘socially appropriate’ may meet with disapproval from others. Emotion work involves having to change the quality of felt emotion to conform to social expectations, which in turn are affected by characteristics such as gender, social class, ethnicity, and age.[5]

For instance, certain cultural or social groups may value stoicism in the face of pain. Hence, keeping pain private, or expressing it publicly, may be either desirable or undesirable when viewed within the context of a particular social group' s belief and value systems. Moreover, cultural beliefs and values may serve to 'normalise' experiences of pain which for others may appear problematic.[4]

Gender is also important in this respect. In the literature of pain perception, for example, either gender is not seen as a variable of any significance, or females are thought to have 'lower thresholds' than males. Indeed, the focus on sex differences in 'thresholds' and 'tolerance levels', appears to be the only issue regarding gender and pain perception to have received any systematic attention.[7]

Gender differences are most likely to be recorded in sensitivity to experimentally induced pain. For example, a recent experiment which inflicted a noxious heat stimulus on a 'normal' sample of undergraduate men and women (Feine et al. 1990) concluded that there was a biological basis for the lower thresholds of the women. Whilst asserting this finding as to the most 'logical' explanation, the authors suggested that another interpretation could be that men delay responses more than women.[8]

Using in-depth interviews and visual imagery in order to develop a phenomenological approach to understanding pain beliefs, Bendelow (1993) found that both men and women attributed females with a 'natural' ability to cope with pain, lacking in men, and explained in terms of their biological and reproductive functioning.[7]

The physical reality of pain is always mediated by social and cultural factors. Although specific pain stimuli may provoke attention from the individual, such responses are mediated by the interpretive work of self and others drawing upon lay health knowledge and beliefs which give these stimuli 'subjective' meanings. They may also vary according to factors such as class, gender, and ethnicity.[7]

These factors all affect how pain is perceived, experienced, reacted to, and physically, mentally and emotionally. In addition, they have also been shown to affect treatment and outcomes of pain therapy (Williams and Thorn 1989; Priel et al., 1991) as well as other forms of health care.[7]

The fact that the mind and body are fully inter-fused in pain informs us that physical experience is inseparable from its cognitive and emotional significance. This is why pain can be used to describe not only physical agony but emotional turmoil and spiritual suffering (Leder 1984-5).[5]

In summary, pain, a fundamental aspect of the human condition, needs to be 'reclaimed' from exclusive biomedical jurisdiction and reviewed at the juncture between biology and culture. A more holistic understanding of pain is clearly relevant to medical practice on a number of different levels. At the pragmatic level of coping with chronic pain for which there is no physical pathology, it may help to alleviate the stigmatization of the 'psychogenic' pain patient.[4]